Turkey’s import PS market trades at a discount to China

by ChemOrbis Editorial Team - content@chemorbis.com
Import PS prices into Turkey followed an increasing trend since mid-October. The momentum gained speed in November due to rising costs in global upstream markets. This week, the market saw renewed increases from sellers in line with sharp gains in production costs right after OPEC’s decision to reduce oil output. However, even after the recent hikes, Turkey’s import PS market still trades well below China. 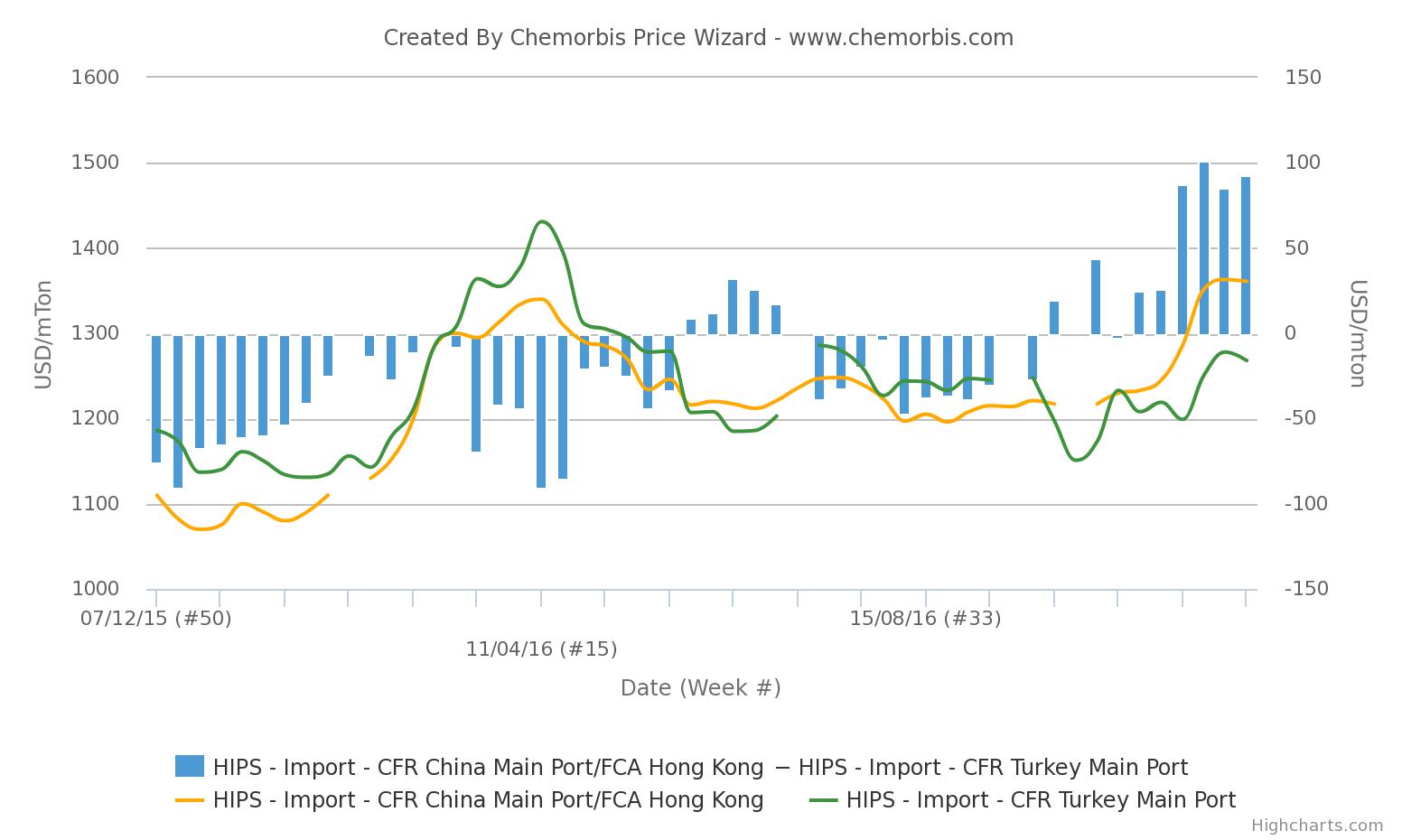 Import GPPS prices in Turkey have been traded at a discount to China since mid-September, while HIPS offers moved below that market by mid-November. The prevailing discount is around $120/ton for GPPS and $90/ton for HIPS, according to the weekly average prices on ChemOrbis Price Wizard.

“Traders in Turkey are still cautious about their replenishment activities considering the nearing year-end and concerns about the depreciation of the Turkish Lira as those factors keep buying volumes moderate on the part of manufacturers. Thereby, large December hikes from Asian and European producers may see resistance during the last month of the year,” a player stated.