by ChemOrbis Editorial Team - content@chemorbis.com
Turkey’s PVC imports from the US were down in January both on a monthly and yearly basis, the data from ChemOrbis Import Statistics unveiled.

Turkey imported slightly more than 5,500 tons of PVC from the US during the first month of 2017, down 29% from the same period of 2016. January PVC imports from the country declined 37% with respect to December, 2016, in the meantime.

The top three suppliers of Turkey were France, Spain and Mexico, with imports at 14,997 tons, 7,160 tons and 6,565 tons, respectively in January this year. The US counted as the fourth in the period. 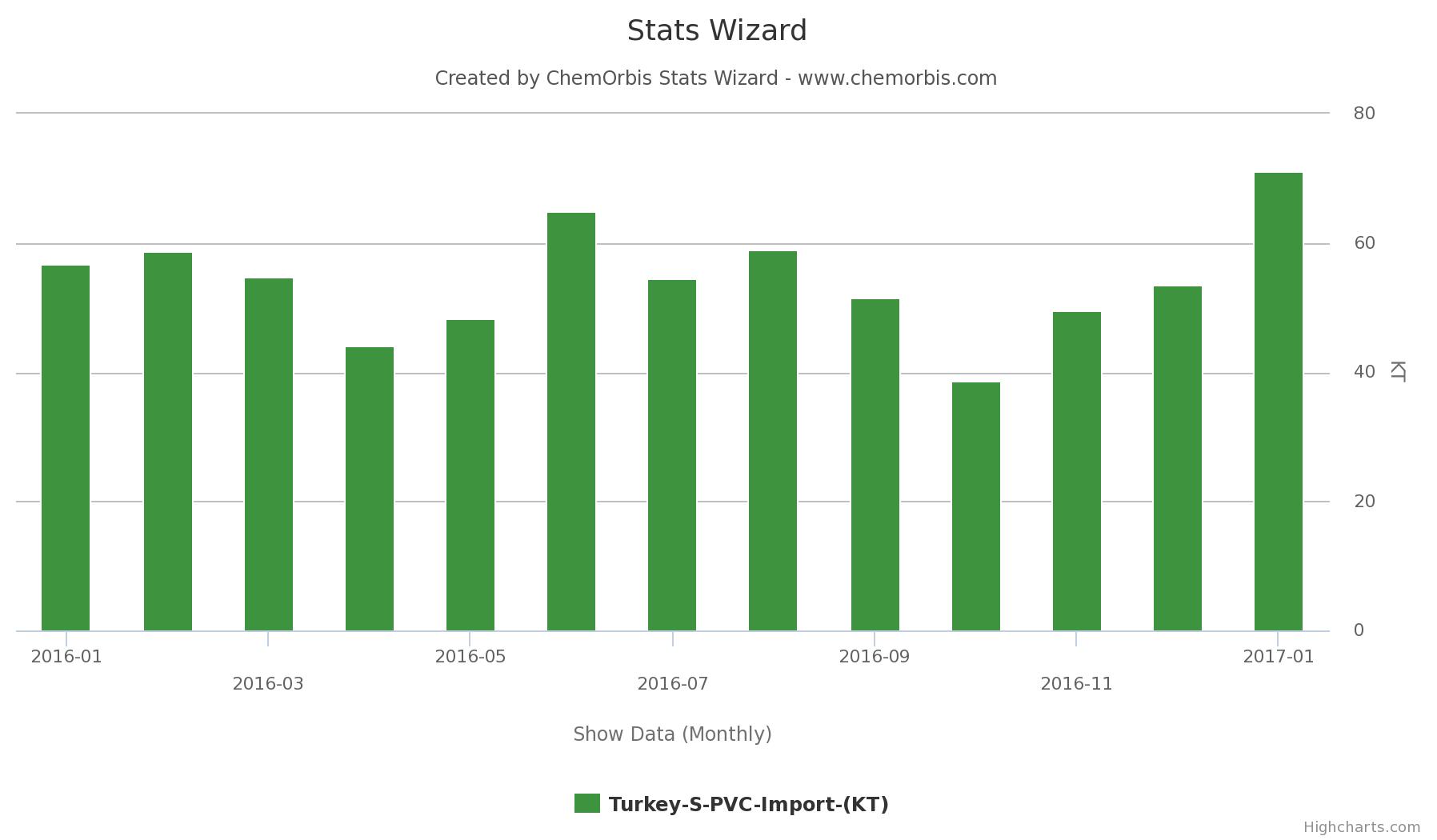 Meanwhile, overall January PVC imports of Turkey rose by 24% to approximately 71,200 tons from 53,470 tons in December last year, the third consecutive monthly increase in a row, as can be seen in the chart above. Compared to January 2016, the figure rose by 20%, according to the data.