by ChemOrbis Editorial Team - content@chemorbis.com
Import ABS prices were on an upwards trend since mid-October in Turkey as sharp increases in feedstock costs caused consecutive hikes from Far East Asian suppliers. However, rising replacement costs could find only a limited reflection on the distribution market given unsupportive domestic demand.

In early December, the bullish trend in the import market gained speed amidst three digit hikes owing to steep increases in the spot butadiene market in Asia. Tight butadiene availability in the region was blamed as the reason for the spike with prices surging nearly $400/ton on FOB Korea basis throughout December. Spot styrene prices lent support to ABS sellers too for the most part although they displayed a softening trend recently.

According to ChemOrbis Price Wizard, import ABS natural injection prices hit the highest levels since July 2015 on a weekly average price. Based on the data, prices posted a cumulative increase of around $165/ton in the last two months in tandem with soaring price levels in China. 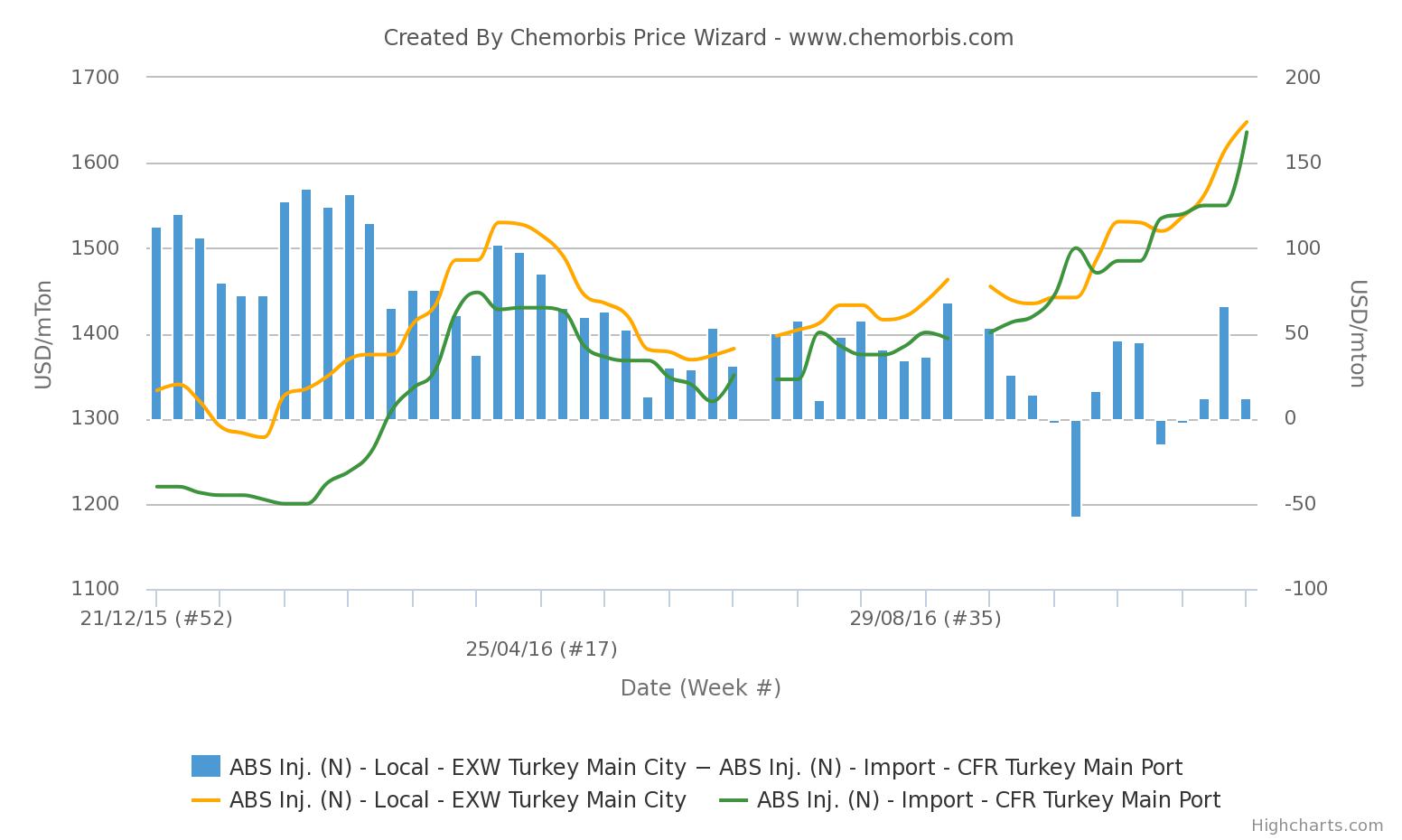 However, the increases in the locally-held ABS market lagged behind the bullishness in imports as local prices gained around $25/ton on average this month versus hike announcements between $150-200/ton from Korean and Taiwanese ABS producers.

“We concede to discounts in order to boost our sales since overall ABS demand significantly slowed down during the last weeks of the year which caused supply to loosen recently,” said a distributor.