by ChemOrbis Editorial Team - content@chemorbis.com
In Turkey, the locally-held PE markets were weighed down by slowing buying interest and comfortable supplies. Local prices have eased for the first time after a bullish trend that was in place since mid-December. 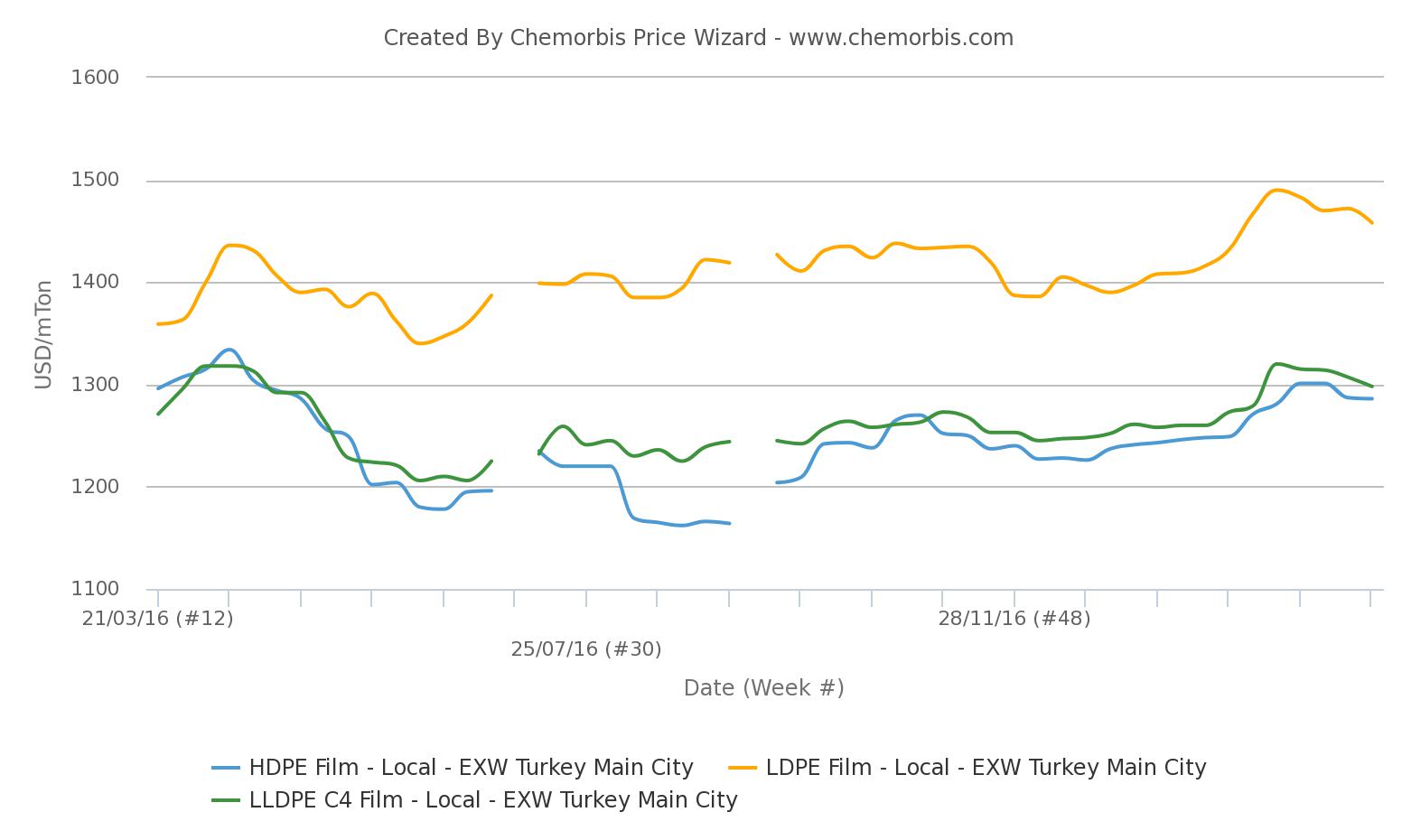 Slowing activity was attributed to the approaching referendum in Turkey in April and falling PE prices in China, both of which execerbated buyers’ waiting mood after they procured their requirements earlier in March. “April may be a month of rollovers or modest drops as no one is without stock right now. The sentiment for PE has shifted as buyers stepped out of the market but we still do not expect drastic falls over the near term,” a manufacturer stated. According to a trader, PE prices may lose $25-30/ton next month.

Local supplies are deemed as comfortable with players describing some HDPE grades including film and blow moulding as ample. No PE supply concerns are voiced among buyers despite the approaching Newroz Holiday which already disrupted new truck shipments from Iran to Turkey.

Meanwhile, several manufacturers reported receiving locally-held Iranian HDPE and LLDPE offers from Petkim during the week. These prices stood at or close to the low ends of the overall ranges.