by ChemOrbis Editorial Team - content@chemorbis.com
Local PP and PE markets in Turkey have been on a softening path since late September as a result of gradually slackening demand and improved supplies. Import polyolefin markets, meanwhile, have responded to this downturn to a limited extent as only some traders have adjusted their prices down so far.

“Many manufacturers have been sidelined after replenishing their PP and PE inventories during the bullish trend. The waning season in certain end product markets, the volatile USD/TRY parity and the approaching year-end hindered smooth sales on part of distributors while no supply concerns are being voiced,” players concurred.

The falls in the local PP and PE markets gained speed at the end of last week. The downturn has been more visible for PP with a player saying, “Distributors are trying to run their stocks down given the weaker sentiment for next month.” As was already mentioned in ChemOrbis Plastic News Decreases gain momentum in Turkey’s local PP market homo PP raffia and fibre offers broke below the $1500/ton inc VAT threshold in mid-October before the market saw much lower levels in deals.

According to the weekly average data from ChemOrbis Price Index, local homo PP raffia prices posted a cumulative decline of nearly $95/ton compared to the middle of September. 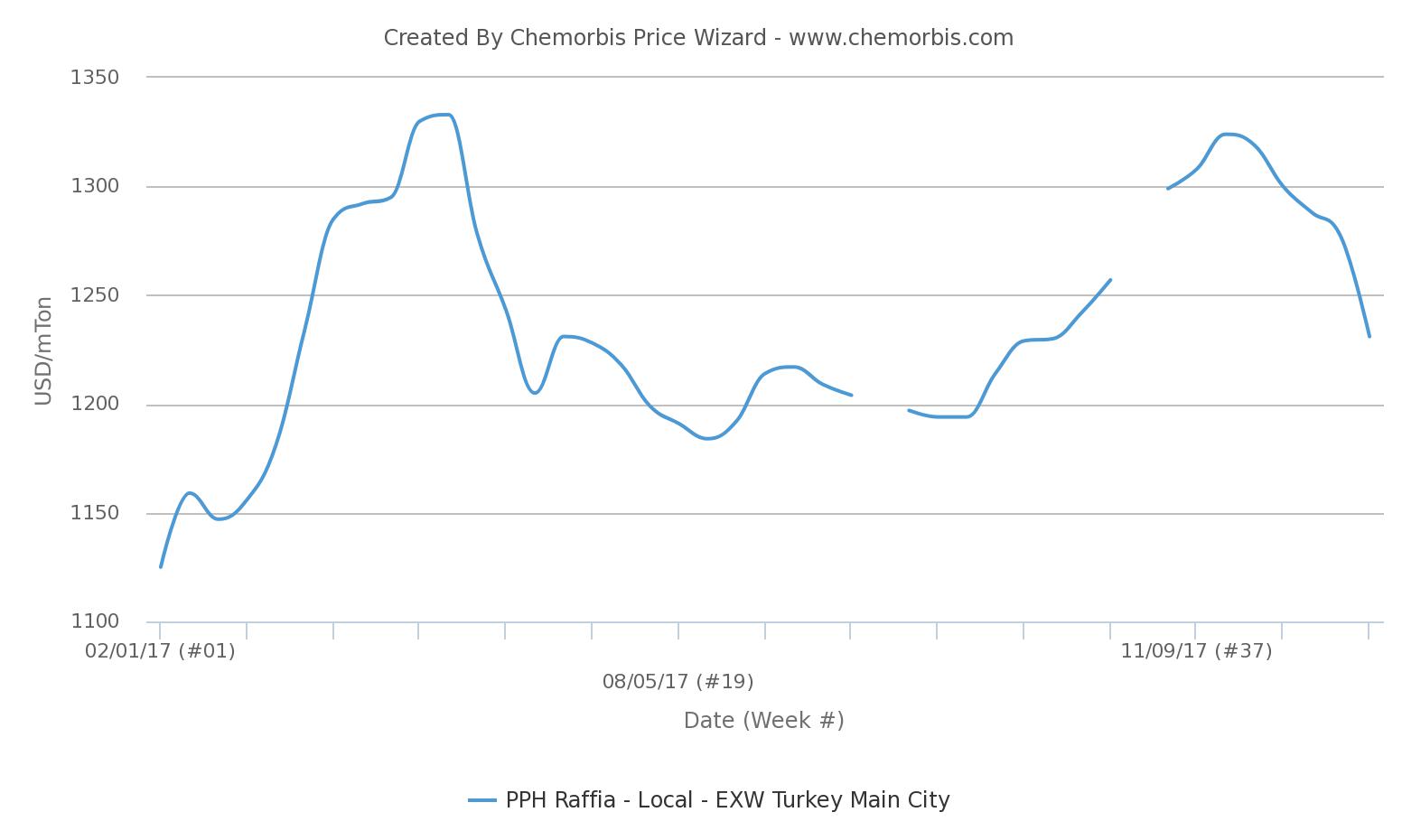 As for PE, the weekly average data revealed that prices fell by $50/ton for LDPE film, $40/ton for LLDPE c4 film and $30/ton for HDPE film in the same timeframe. 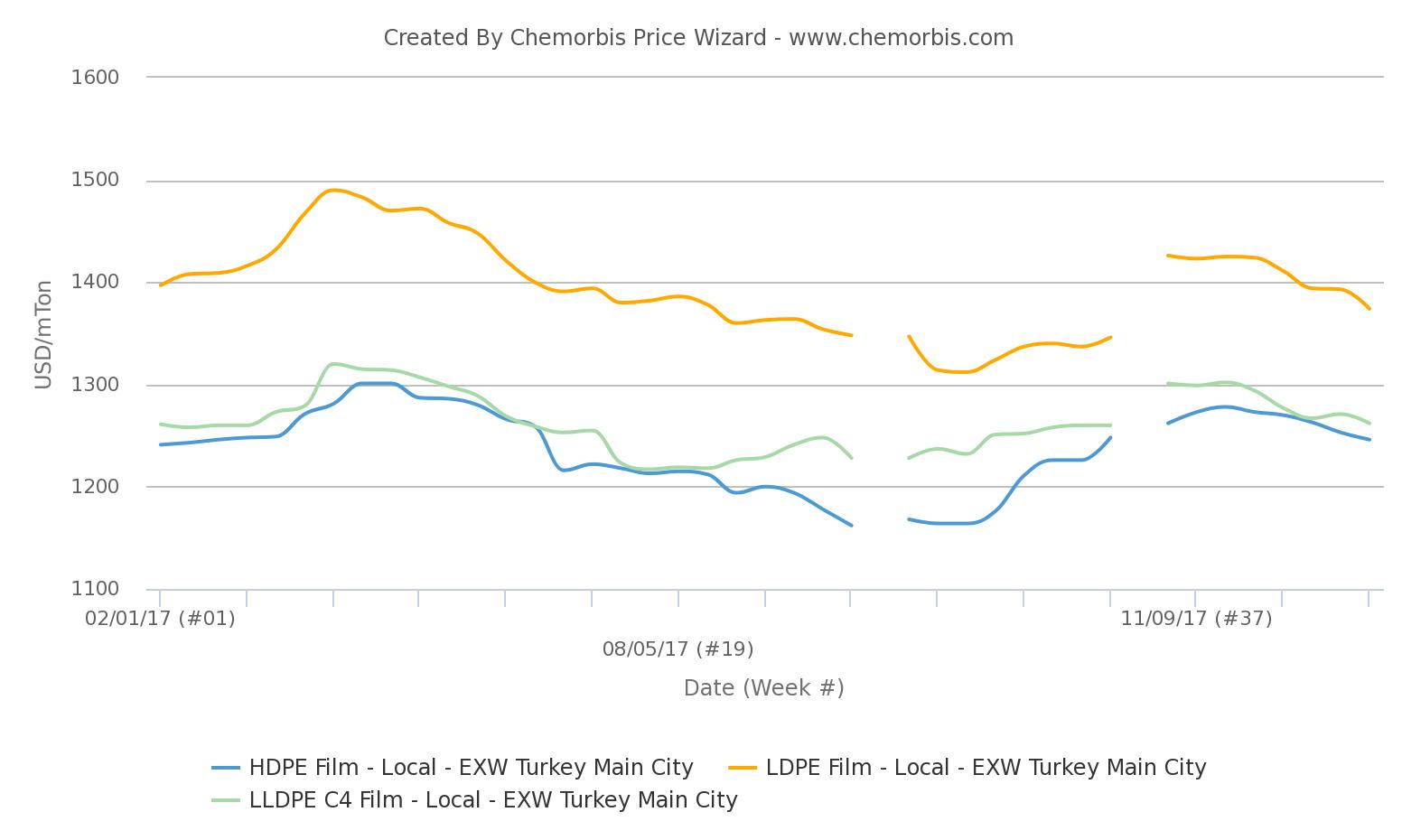 Reinforcing the retreating trend, the domestic producer lowered its list prices by $20/ton for LDPE grades on Monday, before issuing $30/ton drops for homo PP grades by mid-week. A few buyers claimed that the producer has high stocks nowadays. “Buyers are not keen on rushing to purchase material considering the weak sentiment in local markets. Some even claim to be covered until late November,” lamented a seller.

Players are now wondering whether November offers in the import market will manage to remain indifferent to the weakness of local markets. Converters expect to hear lower import prices for the new month, citing the year-end lull and the lack of supply issues. Sellers, on the other hand, are pointing to the recent firm stance of the Chinese market while justifying their expectations for stability. They are also relying on the fact that Turkey provides poor netbacks with respect to China.