by ChemOrbis Editorial Team - content@chemorbis.com
Local PP prices in Turkey have been on a bullish trend after bottoming out at the start of February this year. This was the beginning of steady price hikes both from the domestic producer and distributors following a long falling trend of more than eight months. According to data from ChemOrbis Turkey Price Index, the locally-held PP raffia market reached a 7-month high.

One of the main drivers behind rapid price gains was controlled replenishment activities by traders during the decreasing trend. Supply shortages on the side of import sources reduced availability even further which generated panic purchases by manufacturers, particularly by end-February and in the first half of March. Steep increases in the import market came in line with higher energy costs also and kept distributors under clear upwards pressure in the period. ChemOrbis Price Index suggests that prices spiked by nearly $300/ton in a period of two months. 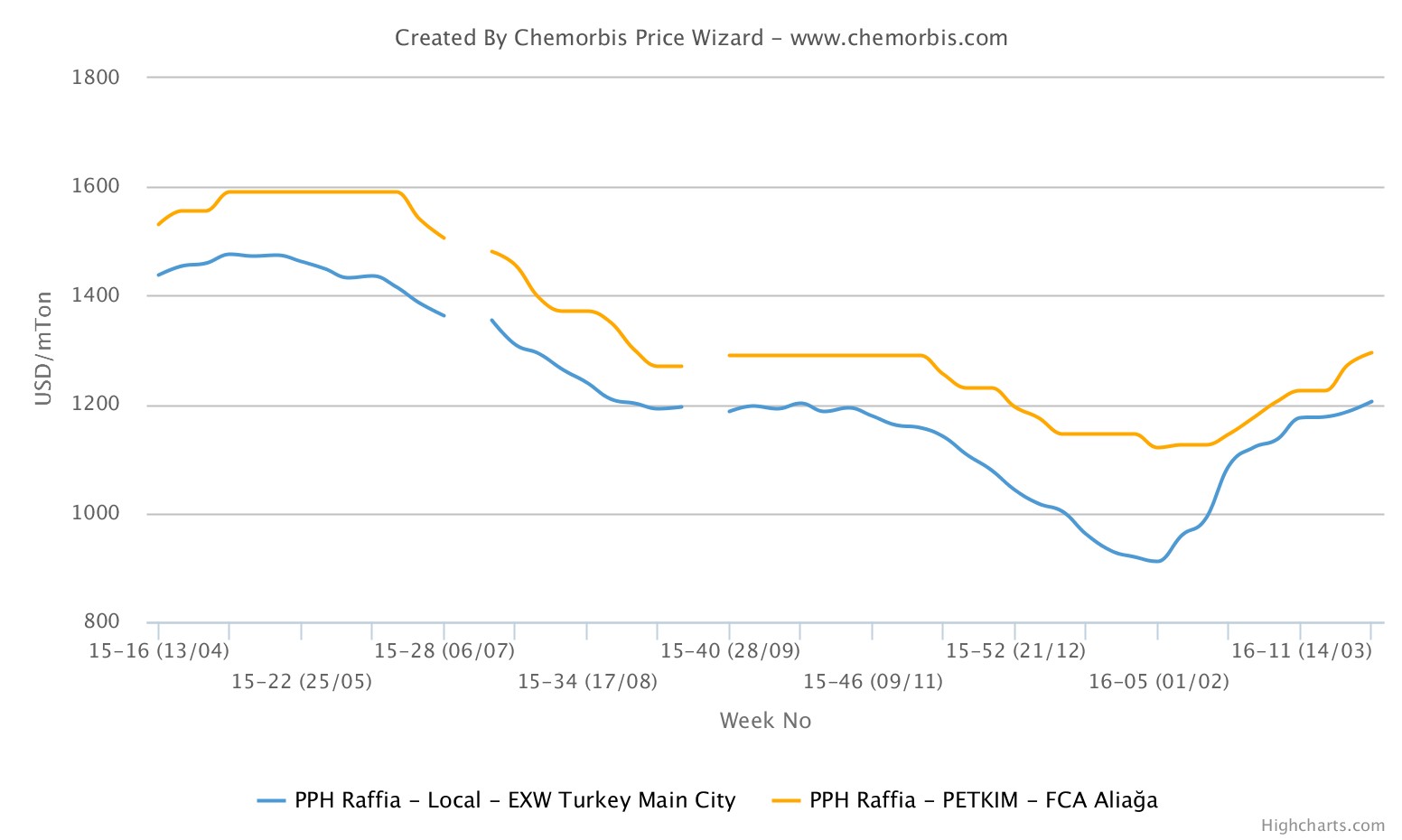 “We lifted our locally-held PP raffia offers since we are still not able to receive any prices from our Middle Eastern supplier due to a shutdown at their plant. As we are aware of the fact that we can’t replace our stocks, we need to sell our prompt materials with some premium,” noted a distributor. On the other hand, several local sellers reported seeing sluggish demand this week and pointed to ongoing cash flow issues as the main reason. A trader commented, “Sellers are measuring buyers’ response this week with higher levels. We are not sure which of those figures will be acceptable though if overall activity does not revive.”

On the converters’ side, buyers confirm receiving higher prices week over week. The locally-held PP raffia market gained another $30/ton from last week, while prices at or close to the high ends see thin buying interest. “Sellers whose stocks are diminishing are offering at the top of the market while these prices may continue to see resistance in the coming week,” they stated.

A sack maker reported he is out of the market at the present as his previously purchased cargos are arriving nowadays. “Though if we find a good price, we may purchase some amounts later in the month. Relatively more sellers called us this week,” he added. Another manufacturer argued, “The bullish trend will lose speed once supply from regular import sources and the domestic producer improves. The increasing price trend was triggered by lack of supplies rather than demand. In fact, end product markets are not bright amidst cash flow issues.”