by ChemOrbis Editorial Team - content@chemorbis.com
In Turkey, the local PS market has been on a firming trend since the middle of July. This was in line with relatively limited prompt supplies given a lack of certain origins including Iran, Malaysia and Saudi Arabian.

The import market started to gradually rise in August-September boosted by rising costs while this caused the bullish trend in the distribution market to gain momentum. Consequently, the post-holiday period opened with hefty hikes from resellers based on their sharply higher costs of imports and global supply concerns triggered by Hurricane Harvey.

As can be seen on the graph below prepared by ChemOrbis Price Wizard, Turkey’s local GPPS and HIPS markets have hit the highest levels in 6 months on a weekly average. During the last three months, the local GPPS market spiked $200/ton, while HIPS prices climbed $150/ton, on a weekly average basis. 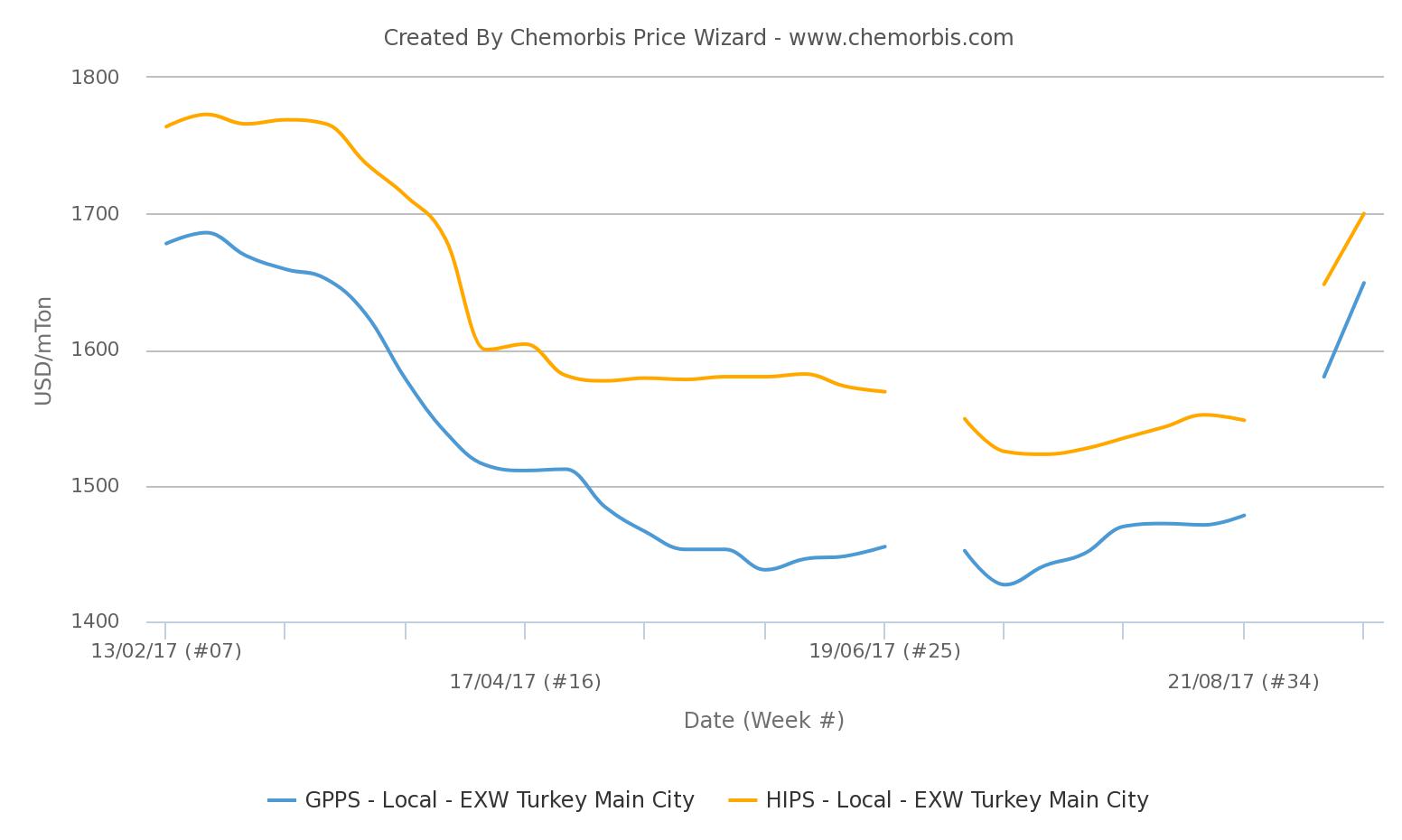 “We have been receiving more inquiries from converters this week after receiving demand mostly from traders in the first week after the long Eid holiday. Large scaled buyers are particularly convinced about the recent hikes for PS and they have returned to replenish some inventories recently. We stopped offering our previous low ends in the second half of the week as it is hard to replace stocks from our suppliers following the steep increases,” a distributor stated.