by ChemOrbis Editorial Team - content@chemorbis.com
In Turkey, distributors were having hard times to reflect rising costs of import PS cargos onto their local offers for some time. However, this week, the locally-held PS market rebounded in the midst of globally higher styrene costs and improved buying interest.

Import PS prices were on an upwards momentum in the country since the second half of October as rising spot styrene costs paved the way for consecutive increases from regular suppliers of Turkey in line with firmer Asian markets.

Although the local PS market defied rising costs of imports during the past weeks as the record low Turkish Lira against USD hindered trade, both buyers and sellers report higher offers for locally-held materials started to materialize recently. 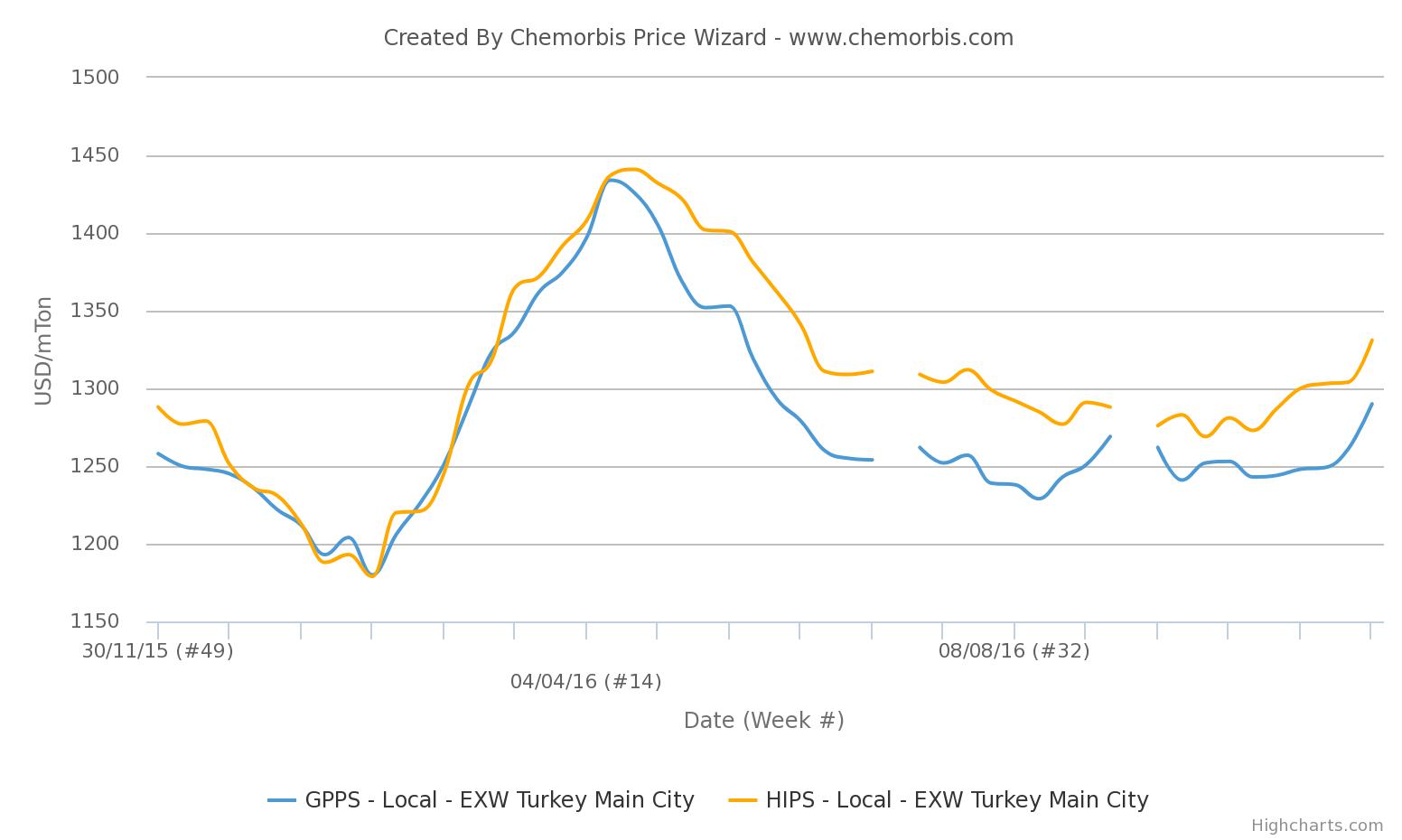 The prevailing GPPS and HIPS ranges are pegged at $1500-1580/ton and $1530-1600/ton, respectively, ex-warehouse Turkey, cash inc VAT. They indicate increases of $20-30/ton compared to last week.
Considering the fact that the localization cost of the lowest priced import GPPS cargo starts from $1545/ton approximately, inc VAT and all applicable duties and charges without distributors’ margins, the market has further room to move up. As for HIPS, the calculation reveals that the localization cost of the lowest import price starts from $1580/ton.

“The previous lower ends disappeared in the market recently which we attribute to reduced prompt stocks for competitively priced Iranian materials. We heard that an Iranian PS producer has no material for Turkey at the moment,” a distributor reported.

Similarly, buyers reported receiving higher offers from distributors. “Sellers who were voicing $1450/ton for GPPS last week issued visible increases recently to offer at and above $1550/ton citing rising replacement costs. Our end business is not spectacular due to the high USD/TL parity but we need to meet our needs and apparently we will pay higher prices,” a manufacturer mentioned.

The short term outlook in Turkey’s PS market is firm considering the bullish expectations from Europe for December mainly due to the firm scene for the coming styrene contract as well as strong Chinese market, where a South Korean PS producer already sold out its December allocation this week.