by ChemOrbis Editorial Team - content@chemorbis.com
In Turkey, the local PS market was on a bullish trend since mid-July on the back of rising replenishment costs of import cargos and upstream markets. According to ChemOrbis Price Index, the local market reached a 5-month high on a weekly average basis in mid-September.

However, following substantial price increases, the market turned down this week amidst slowing buying appetite. The downward corrections in import prices based on falling styrene costs also paved the way for the decreases in the local market from the highest levels of the last 5 months.

Distributors have applied rapid decreases on their local offers in the recent couple of days, saying, “We reduced our PS prices disregarding our rising import replenishment costs in September in order to speed up our poor sales.” A trader commented, “Local resellers seem in panic due to rapid drops in upstream costs. We have heard very competitive offers in the last couple of days and expectations suggest further price cuts for next week since new PS drops in the import market are on the corner from Europe and Asia.” 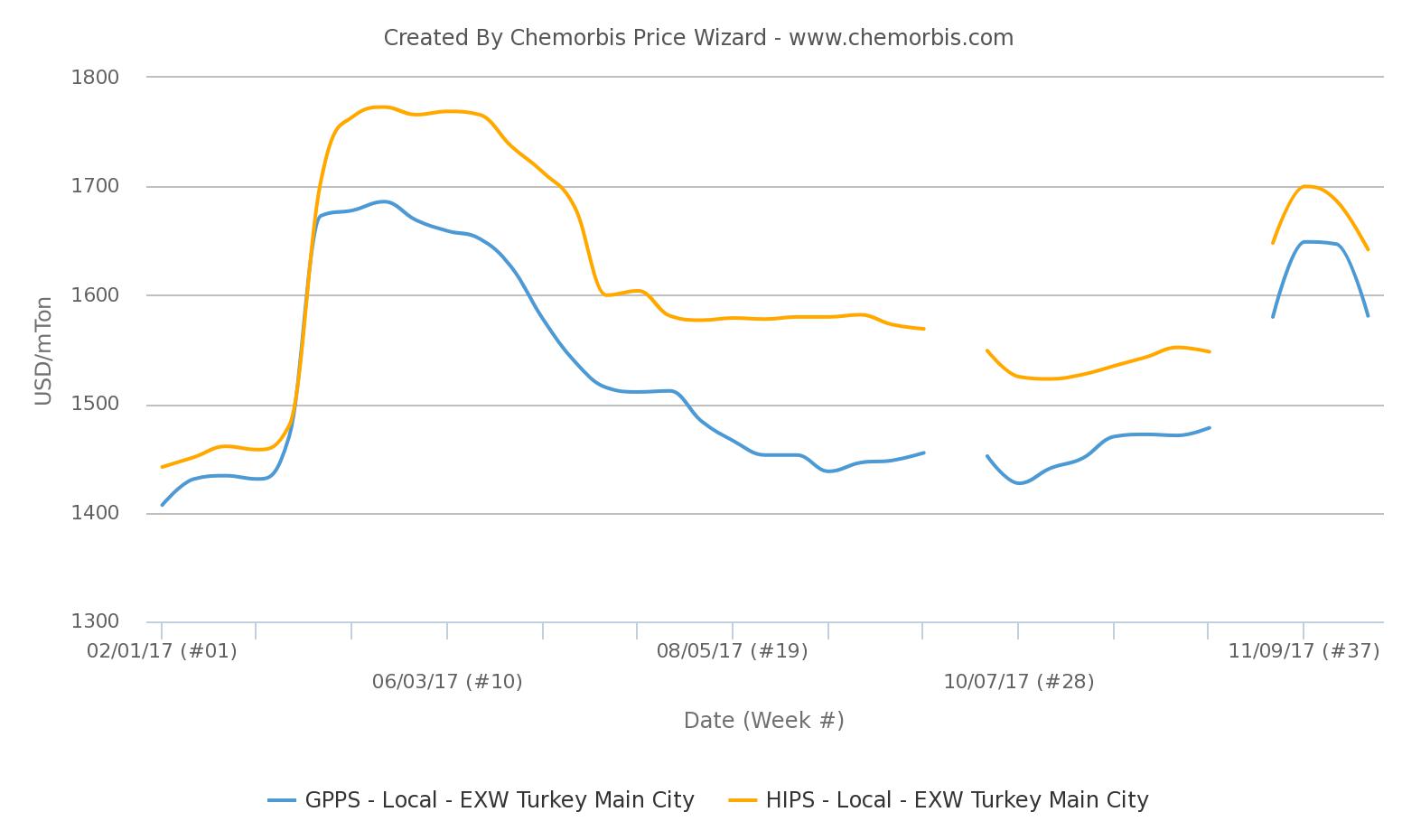 GPPS and HIPS offers were respectively reported at $1820-1930/ton and $1920-2000/ton, ex-warehouse Turkey, cash inc VAT. They come to $1542-1636/ton and $1627-1695/ton without VAT. Rumor has it that the levels of $1800/ton for GPPS and $1900/ton for HIPS were obtainable for an Iranian origin in return of firm bids. GPPS recorded larger drops of $50-80/ton owing to comfortable supplies and stiffer competition among various suppliers under the pressure of falling styrene prices. Yet, HIPS prices posted a relatively smaller loss of $30-50/ton as the sentiment was somewhat supported by limited prompt availability.