by ChemOrbis Editorial Team - content@chemorbis.com
Turkey’s import PS markets recorded hefty increases for September on the back of rising styrene and butadiene costs in the previous weeks and the rally in China markets. The locally-held markets followed suit soon enough with GPPS and HIPS prices hitting almost a six month high, on a weekly average, according to ChemOrbis Price Index. 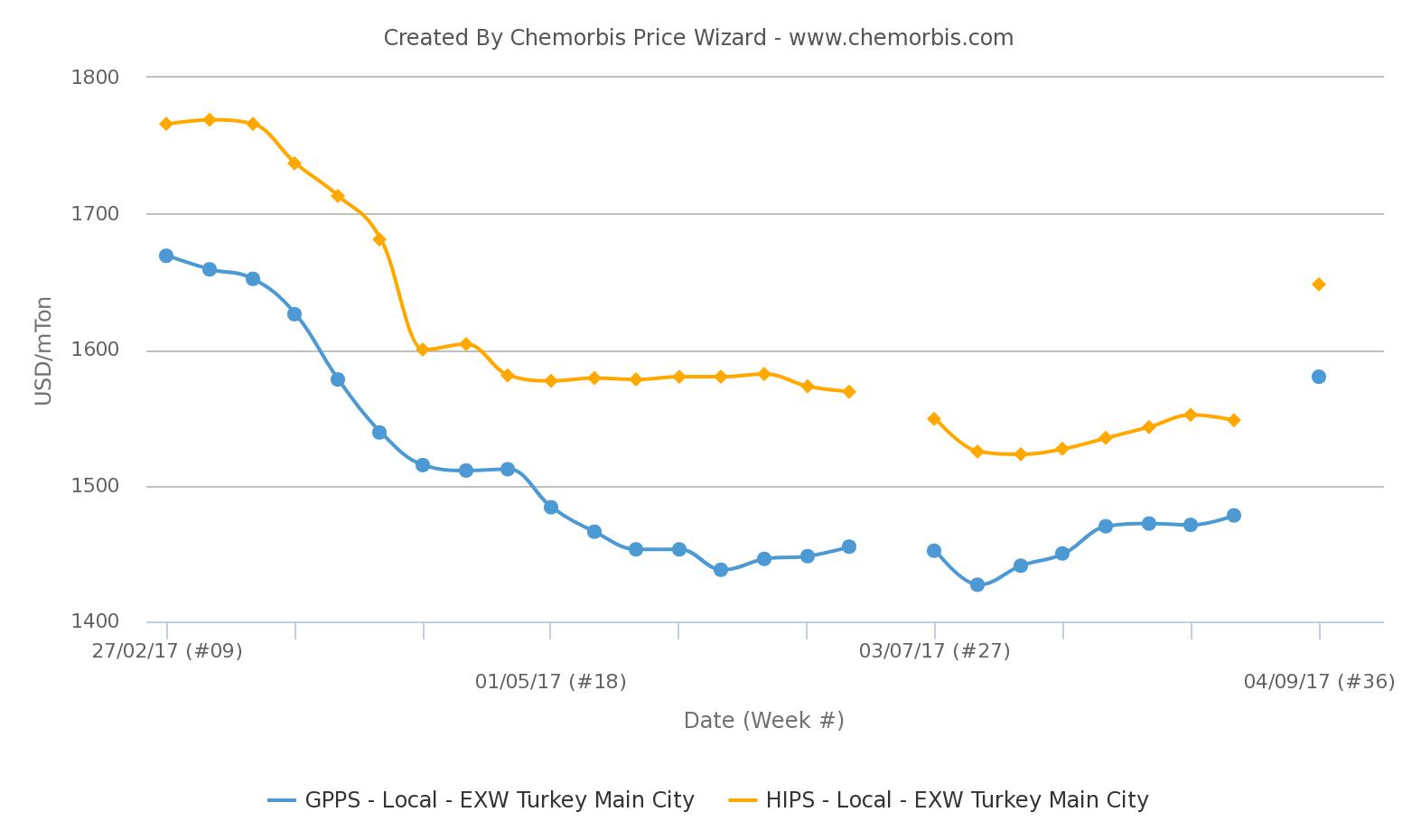 “We believe that supply concerns stemming from Hurricane Harvey also strengthened sellers’ hands for September. We have not achieved any deals at these levels so far in Turkey though,” suppliers of the abovementioned origins stated.

The sharp hike requests for import cargos caused rapid increases from the local distributors as well. “We lifted our PS offers as we are facing much higher replacement costs compared to last month. Moreover, we have limited prompt material left on hand,” a distributor noted.

Converters, meanwhile, hope that PS sellers will trim their hike requests down in the latter part of September as prices rose too much already.