by ChemOrbis Editorial Team - content@chemorbis.com
The locally-held PVC market was on a down trend since late March in Turkey in tandem with steadily falling offers for duty free import materials, which the local market mostly consists of. Accordingly, the PVC k67 market has hit 7 month-low this week on a weekly price average, the data from ChemOrbis Price Index reveals. 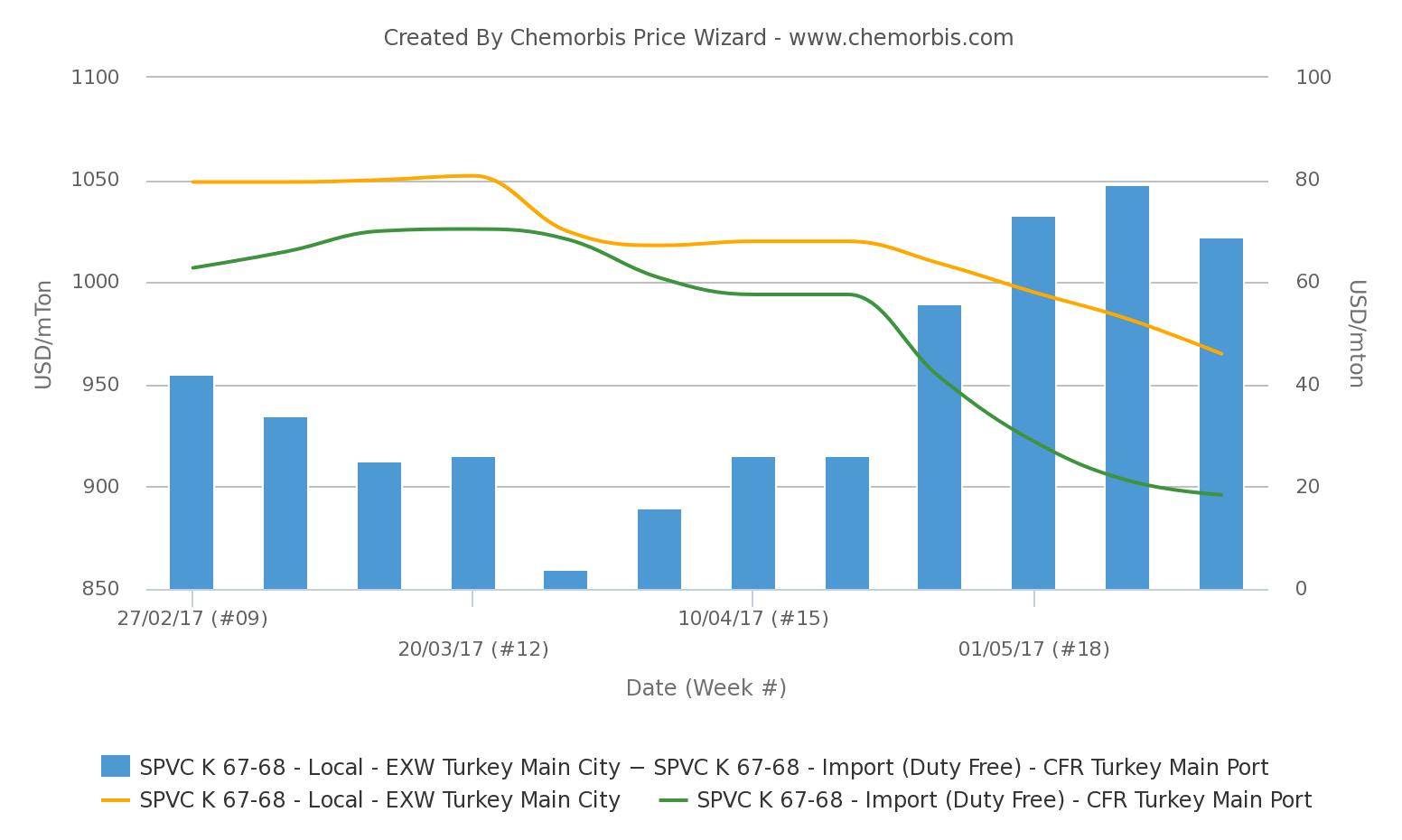 The prevailing PVC k67 range is reported $20-30/ton below last week at $1110-1160/ton ex-warehouse Turkey, cash inc VAT ($940-983/ton without VAT). Players concurred that the competitively priced Egyptian PVC cargos, which gained prominence in the import market during May as they exerted downward pressure on duty free European origins, weighed down on the local price levels too. “Egyptian materials that are on the way are forming the low ends of the distribution market,” said a buyer.

According to the ChemOrbis graph above, the local market’s premium over duty-free imports has been around $60-80/ton since late April due to the emergence of competitively priced Egyptian cargoes in the import market. Beforehand, this delta was narrower at $15-40/ton in March and April.