by ChemOrbis Editorial Team - content@chemorbis.com
In Turkey, the bullish trend in the import PVC market coupled with tight prompt availability pushed the locally-held PVC market to a 5-month high. Prices are currently standing at the highest levels on average since mid-May, according to ChemOrbis Price Wizard. 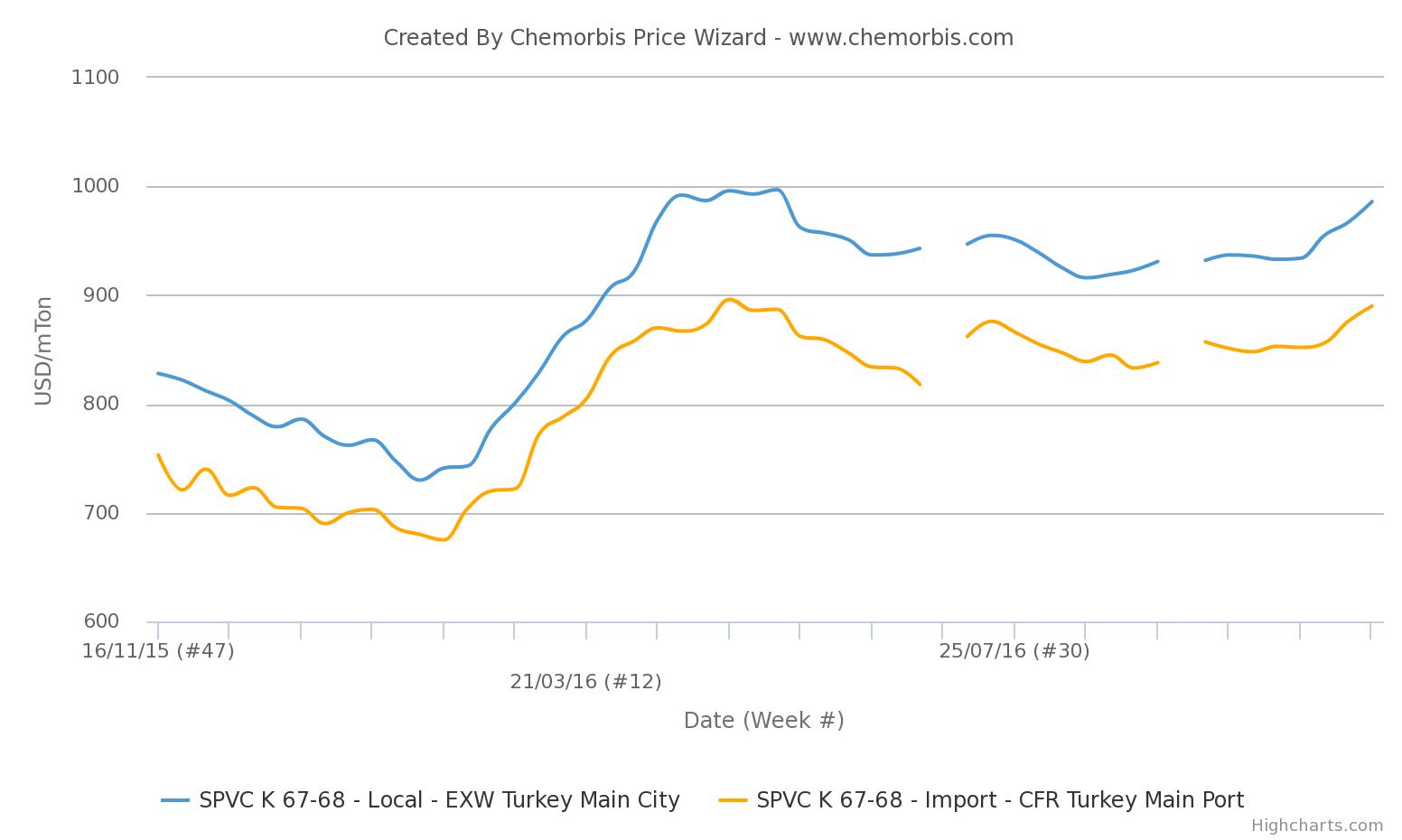 A profile manufacturer confirmed, “We are struggling to find prompt material nowadays although we need to purchase. This stems from reduced allocations from Europe.” Some traders also said, “European PVC sources are allocating limited quotas to Turkey. Some producers are facing upstream shortages including for EDC and VCM, meanwhile.”

This time last year, however, the local PVC market had been on a bearish path in Turkey. Prices had displayed a relentless decreasing trend starting from June last year until they bottomed out and rebounded by early February this year.