by ChemOrbis Editorial Team - content@chemorbis.com
In Turkey, the locally-held PP market has been on a decreasing trend since mid-2015 as is the case with many other polymers. The main pressure on the market is being exerted by the globally bearish trend for imports and slumping crude oil costs, which keep purchasing volumes at hand to mouth levels on the part of converters.

According to ChemOrbis Price Wizard, the distribution market has hit the lowest levels seen since March 2009 for homo PP raffia. Prices declined approximately $130/ton during the last one month on average, the data reveals. 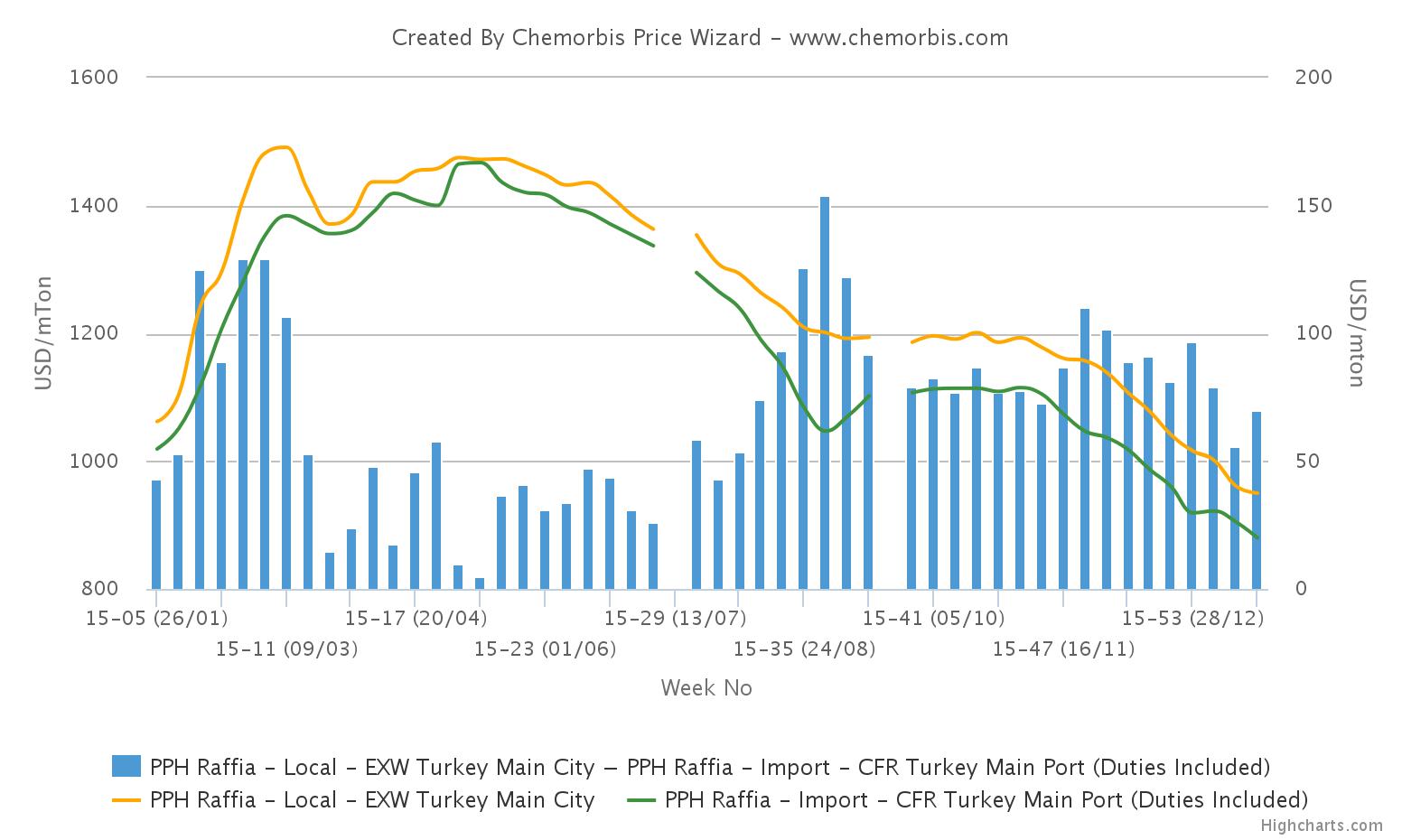 Local homo PP raffia prices are reported at $1100-1150/ton ex-warehouse/FD Turkey, cash including VAT so far this week. The range indicates a weekly drop of $30/ton on the high end from last week. “We are ready to concede to $1090/ton or below in case of firm bids,” a distributor confirmed.

A distributor who previously stood at the high end of the market lowered his local homo PP raffia and injection offers by $60/ton this week. "Crude continues to move down and activity remains hindered. Sellers are willing to accept almost any price they hear from buyers to conclude some sales," he mentioned.

Buyers are reporting that PP raffia prices at or below $1050/ton have been available since last week. “This is not surprising as converters have been pushing for prices below $1100/ton for some time,” a trader opined. There are prompt materials given at $1080/ton in south Turkey, a distributor commented, adding that he is also open for negotiation for larger purchases.