by Merve Madakbaşı - mmadakbasi@chemorbis.com
According to ChemOrbis Import Statistics, Turkey imported 1.15 million tons of polymers in total during the first three months of 2019. The figure not only declined by 15% from the same quarter of last year, but also pointed to the lowest Q1 volume in 4 years.

On the other hand, the cumulative Q1 imports rose by 17% from the previous quarter. That is to say, although Q1 imports showed the worst performance of the last four years, they were clearly better than the last quarter of 2018.

PVC, LDPE, HDPE and PP copolymer imports recorded the steepest decreases on a yearly basis among all polymers.

The volatile TRY/USD parity coupled with payment challenges and disappointing domestic demand for real-estates, white goods , shopping bags and automotive kept purchasing amounts hand to mouth on the manufacturers’ side .

Imports of homo-PP down almost 8% y-o-y

Imports of PP copolymer declined by 18% to below 70,000 tons in the first quarter of 2019 compared with the same period of last year. However, they rose by 21% quarter on quarter.

Turkey’s PVC imports totaled 149,000 tons in January-March, suggesting a slump of 28% year-on-year. This pointed to the lowest Q1 figure since 2006 when imports stood at 134,000 tons for the period. PVC imports in the first three months were up by 25% from the previous quarter, on the other hand.

HDPE imports hit their lowest Q1 volume in 9 years and stood at 144,000 tons, while they slumped by 19% from January-March 2018. When compared to the previous quarter, imports jumped by 28.5% for the product, nevertheless.

PS imports down marginally in Q1 on year 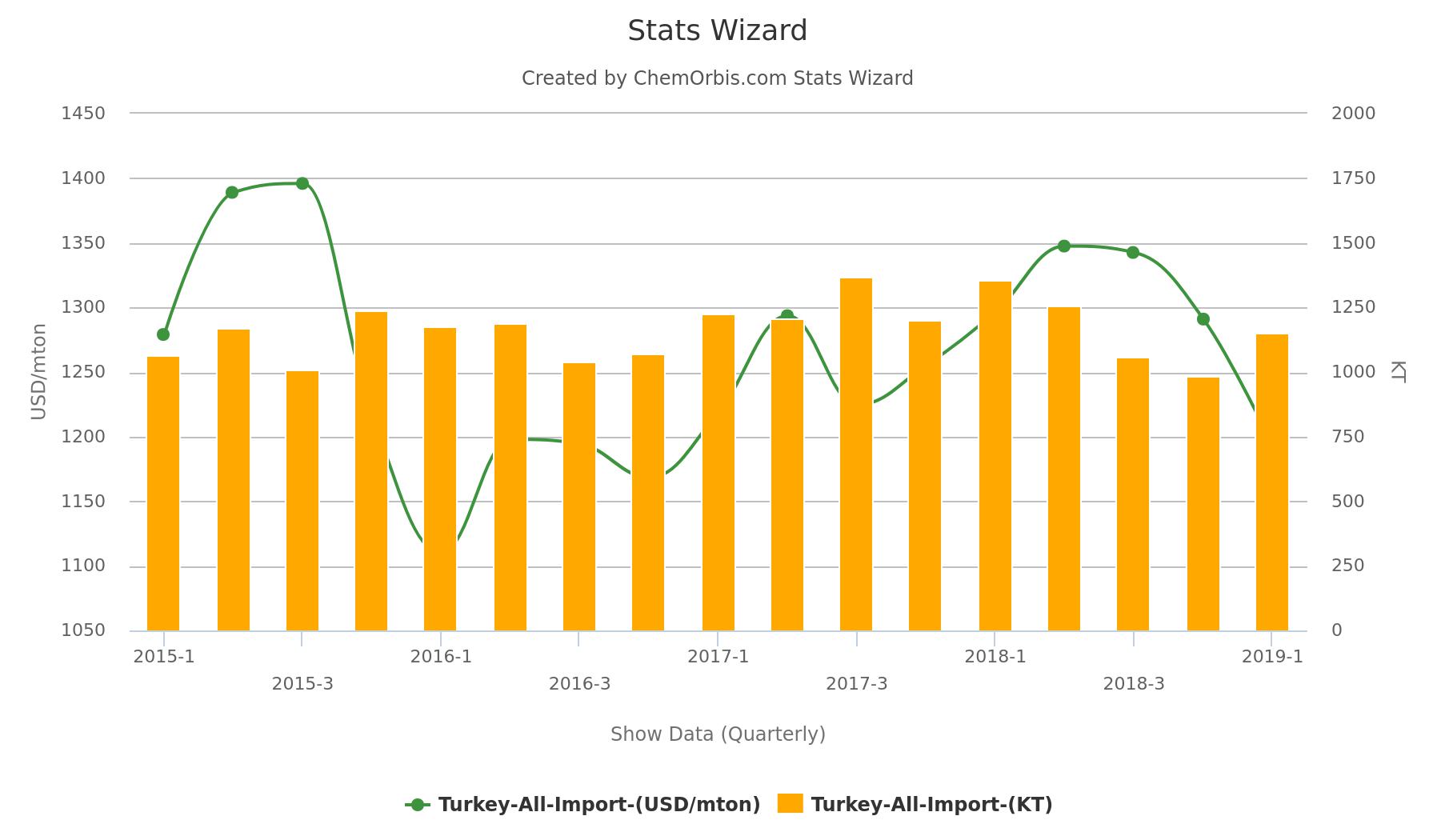