by Merve Madakbaşı - mmadakbasi@chemorbis.com
Total polymer imports of Turkey neared 1.300.000 tons during the period of January-March 2020. The figure indicated an increase of 12.5% compared to the same period of 2019, according to data from ChemOrbis Import Statistics. It also represented the highest Q1 figure since 2018. 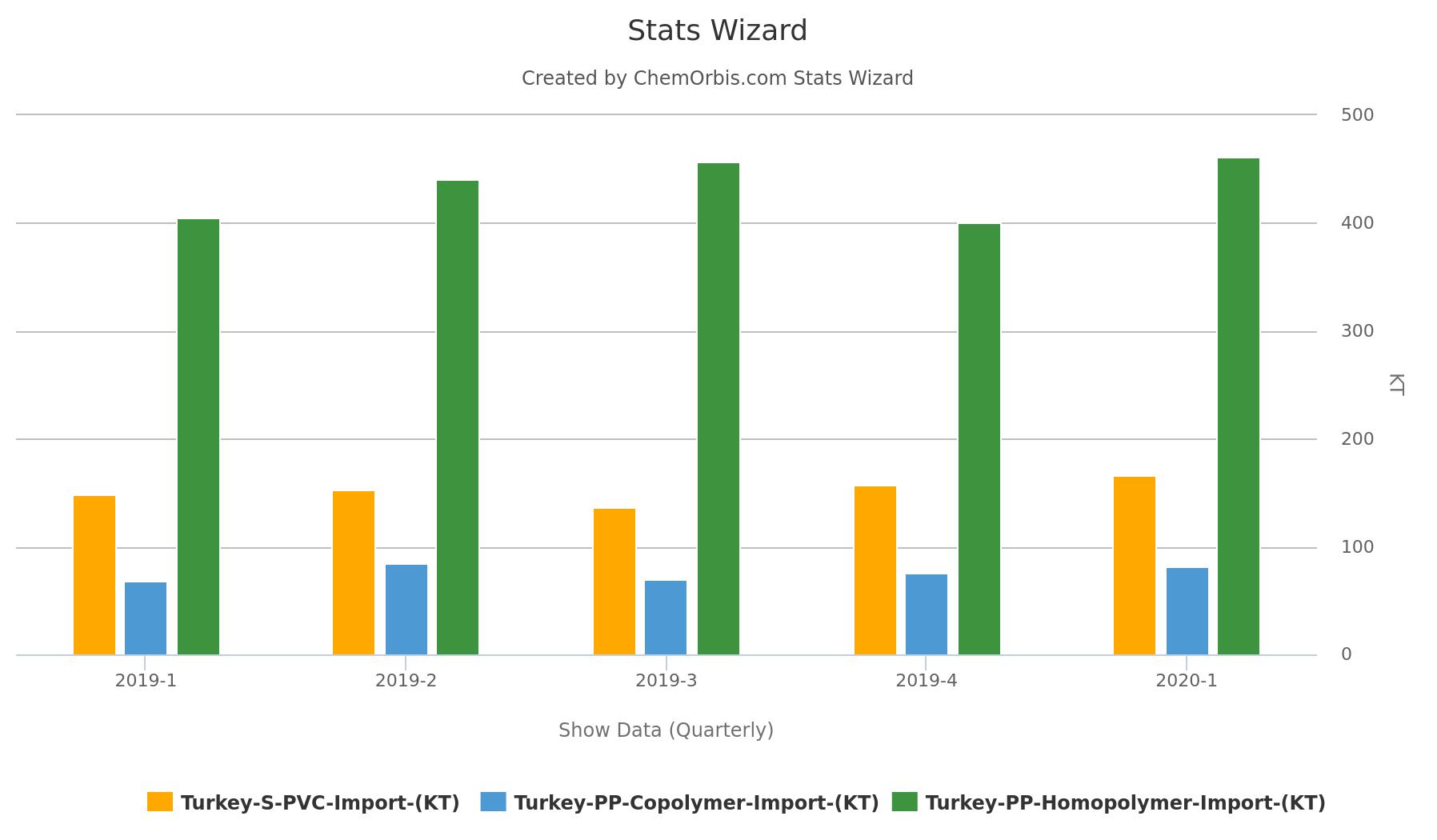 In the first three months of the year, Turkey’s PPH imports rose by 14% when compared to Q1 2019 and by 15% from Q4 2019. Moreover, imports slightly surpassed 460,000 tons in the period to reach the highest volume since 2000 when ChemOrbis started compiling data

PP copolymer imports were also the highest in 7 years at 82.000 tons in January-March. The Q1 volume represented a 20% jump on a yearly basis and an 8% gain from the previous quarter. 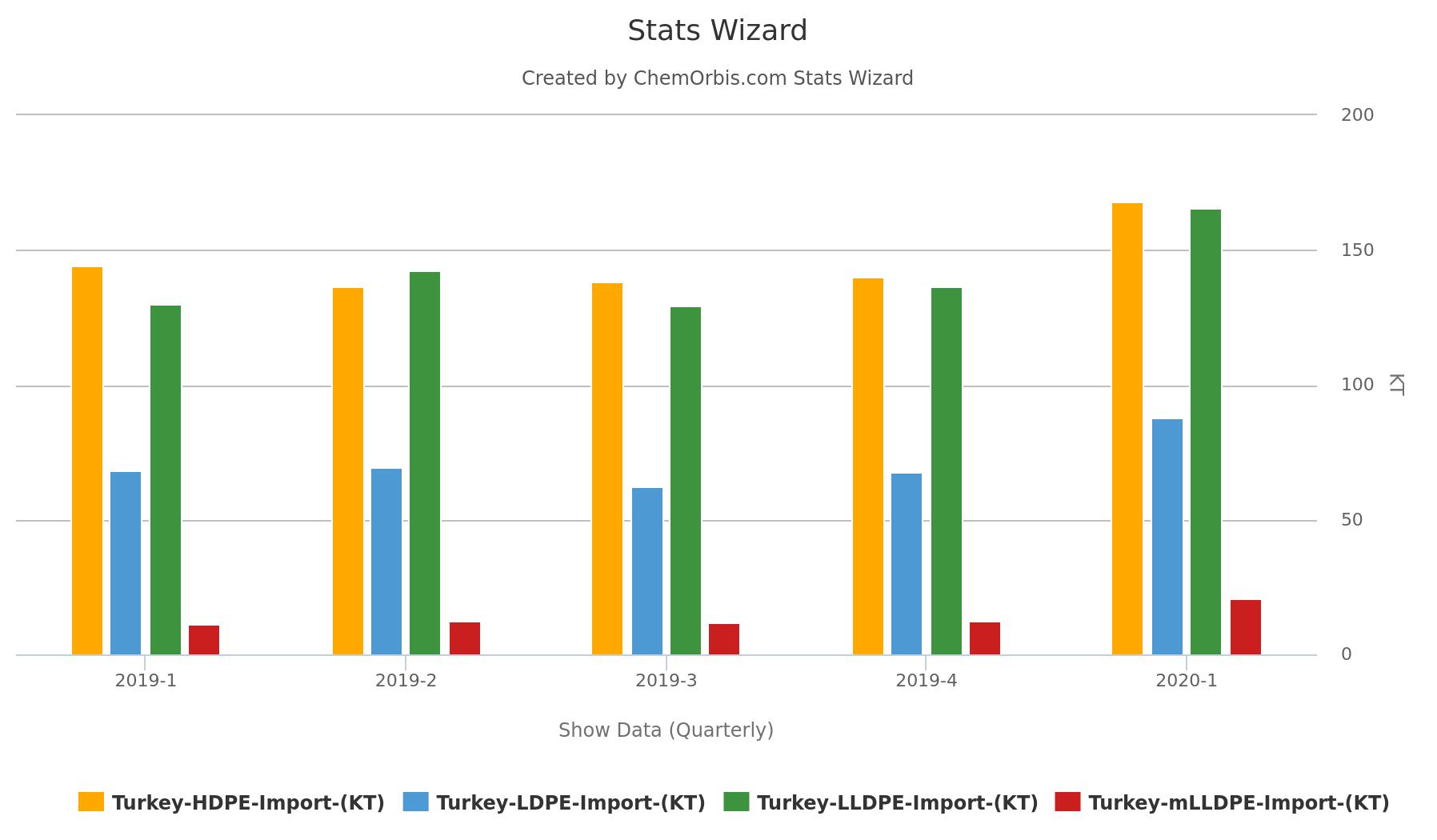 LDPE recaptures the 2018-high in Jan-March

Imports of LDPE soared 33% in the first quarter of the year from the same period of 2019. The Q1 figure also jumped almost 30% with respect to the previous quarter.

The total import volume recaptured the all-time high at 88,000 tons in 2018 once again, revealed data from ChemOrbis Import Statistics.

Turkey imported 166.000 tons of LLDPE in the first three months of this year. This did not only indicate an increase of 28% year-on-year and 21% from the previous quarter, but also the highest amount for this particular quarter since 2000.

The figure pointed to the highest Q1 volume since 2017, statistics data from ChemOrbis suggested.

Total HDPE imports climbed 17% on a yearly basis to slightly above 165.000 tons between January and March. Similar to LDPE, the figure pointed to the highest volume in 2 years for this period. Plus, it surged 19% from the last quarter of 2019.