Turkish buyers: Current PP prices are not supported by crude

by ChemOrbis Editorial Team - content@chemorbis.com
According to ChemOrbis Price Index, homo PP prices have gained $410-450/ton on average since mid January. The upturn kicked off in the PP market before all other polymers in the second half of January. During this period, the cumulative increases of the PP market doubled the gains seen in the PE and PVC markets in the same timeframe owing to concerns about severe tightness.

There were many reasons behind the limited PP supplies. There were reduced allocations from the Middle East and many Saudi suppliers withdrew from the market, plus there were reports of cancelled orders. The Nowruz holiday affected Iranian cargoes as well as the recent congestion at the Turkish borders due to a change in an environmental regulation. These problems paved the way for hefty hikes in the PP market since February; however, many buyers started to feel that the market is currently overpriced.

Fibre offers from duty-free sources including Europe, Israel and Egypt were also reported at and above $1400/ton on CIF equivalent basis.

Several Turkish buyers argued that these levels are not supported by the crude oil prices. “We were paying at and above $1400/ton CFR when crude was at much higher levels. Current crude oil prices at $47-48/bbl on NYMEX and $56/bbl on Brent are not justifying the current market levels for PP in Turkey. Even though crude and naphtha prices remained mostly stable, PP prices gained ground by 45% in less than two months. The US dollar’s cumulative appreciation of 15% against the Turkish lira in the same timeframe is not considered in this calculation,” they lamented. 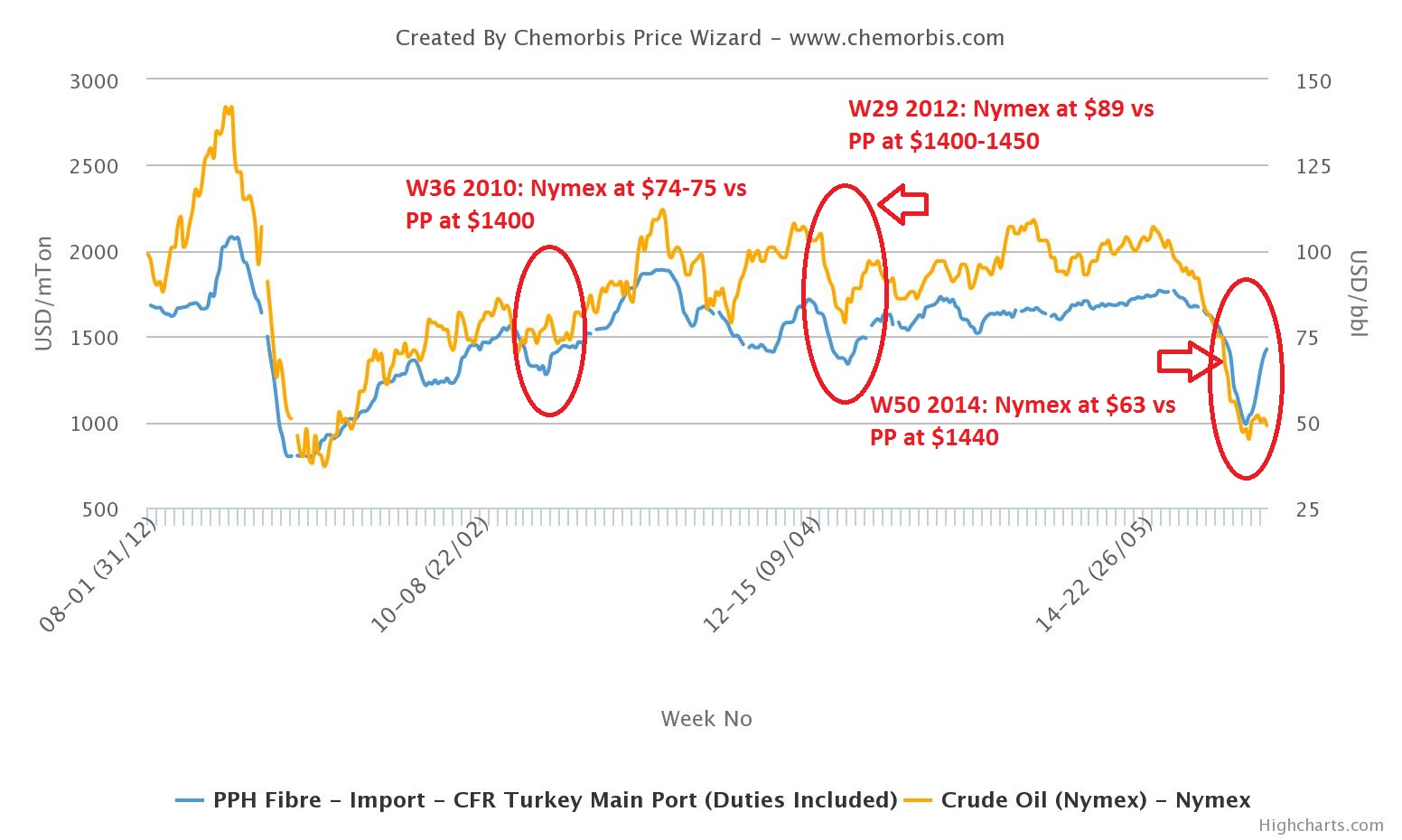