by ChemOrbis Editorial Team - content@chemorbis.com
In Asia, cracker turnarounds continue to pull up the monomer markets. As a result of the current and upcoming shutdowns coupled with stronger crude oil prices, trading above the $35/bbl threshold, spot propylene prices have recorded further increases. Looking at prices, they stand $50-65/ton higher when compared with the beginning of February.

To track the most updated PP production news, please see PP Production News (For members only) 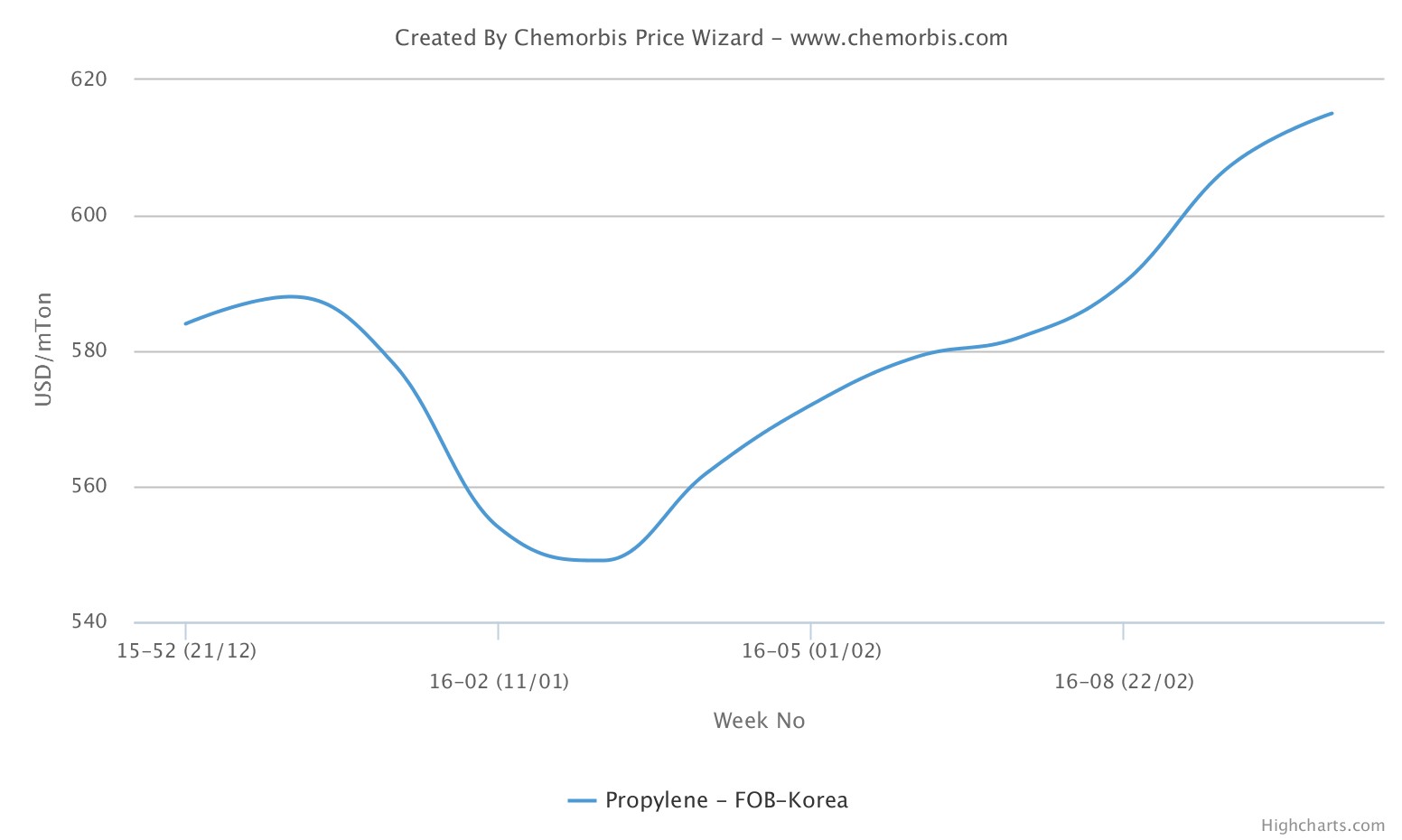 During May and June, further shutdowns are planned. Japan’s Maruzen Petrochemical is to shut their 520,000 tons/year Chiba plant on May 10 until the end of June, for 50 days. Meanwhile, Mitsubishi Chemicals is also planning a maintenance shutdown at their Kashima cracker, with 540,000 tons/year propylene capacity, from May 7 until end June, just over 50 days.