by ChemOrbis Editorial Team - content@chemorbis.com
According to media reports, NYMEX crude oil futures broke below the $45/bbl threshold and settled 68 cents lower at $44.66/barrel on Thursday amidst a decreasing trend which began in mid-October, according to weekly average prices on ChemOrbis Price Wizard. 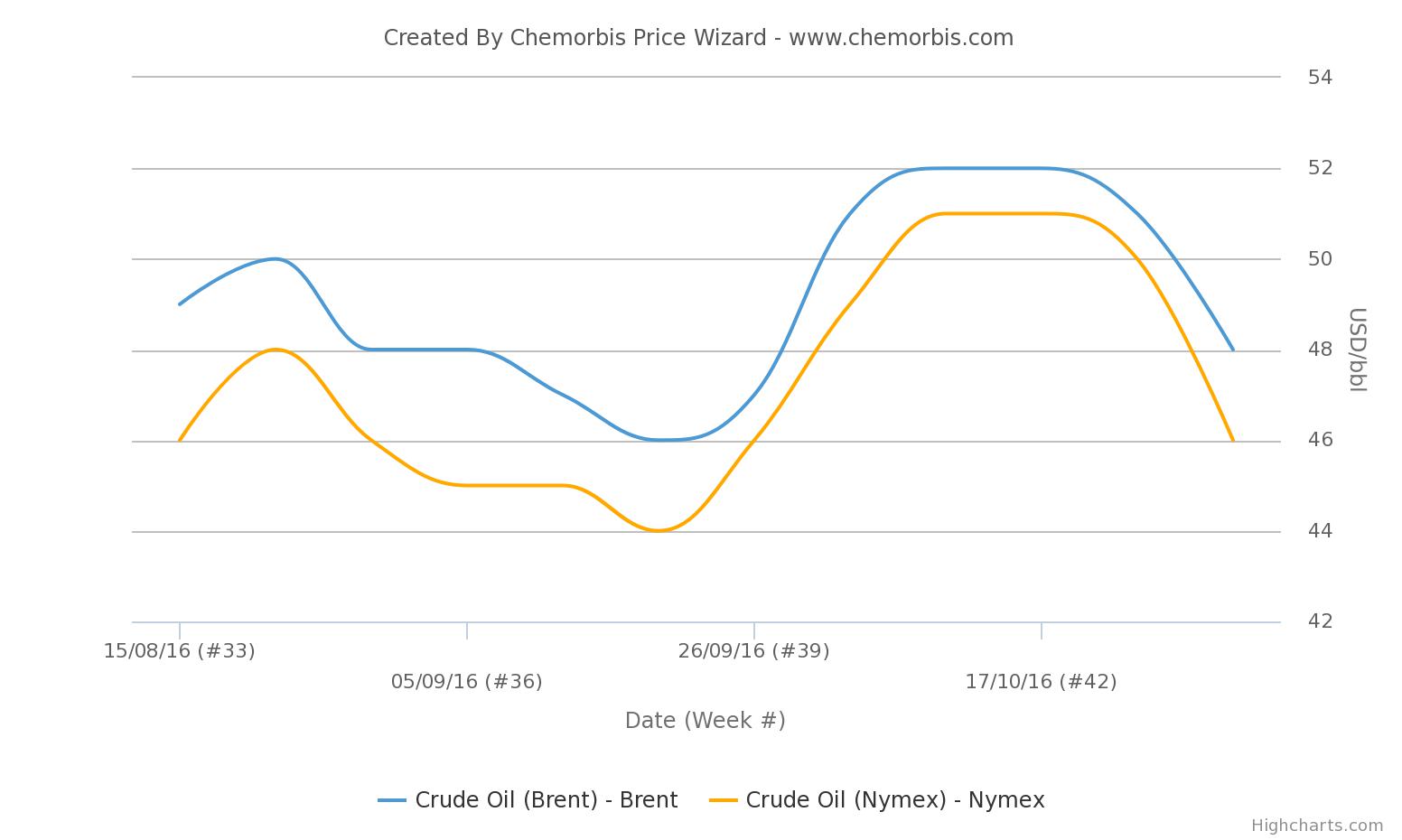 Oil prices declined to their lowest level since September due to concerns about excess supplies. OPEC had reached a preliminary consensus in September in order to stabilize oil markets via reducing oil production to 33 million barrels a day at most. However, the exemption of Iran, Nigeria, Libya and Iraq from production cut plans given their recovering from long disruptions and increasing rig counts in the US heightened concerns over a global supply glut. The US Energy Information Administration (EIA) reported that U.S. crude stockpiles increased by a record 14.4 million barrels this week after imports into the country last week were at their highest for almost 20 years. Meanwhile, OPEC’s output was at an all-time high in October at 34.02 million barrels a day.

Oil ministers from OPEC will hold a meeting in Vienna on November 30 to discuss a production cut in a bid to reduce the global supply glut. Oil analysts have doubts about whether producers will be able to reach a deal at this meeting or not.

Meanwhile, ICE January Brent crude was also down 51 cents to settle at $46.35/barrel on Thursday.