by ChemOrbis Editorial Team - content@chemorbis.com
According to the Weekly Petroleum Status Report published by the U.S. Energy Information Administration (EIA) on May 6, commercial crude oil inventories (excluding those in the Strategic Petroleum Reserve) increased by 4.6 million barrels to 532.2 million barrels for the week ending May 1 from the previous week. U.S. crude oil inventories are about 12% above the five year average for this time of year. 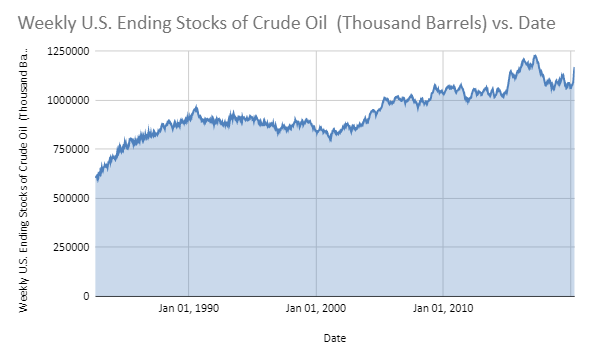 This data notched its 15th straight week of rise. Although this increase was smaller than market anticipations, concerns over the persistent build-up in net stocks (held at refineries and tank farms) and tightening oil-storage capacity caused crude oil futures to settle lower on Wednesday after five consecutive days of gains. June WTI contracts fell 57 cents to settle at $23.99/bbl while Brent crude for July contracts slumped $1.25 to end Wednesday at $29.72/bbl. 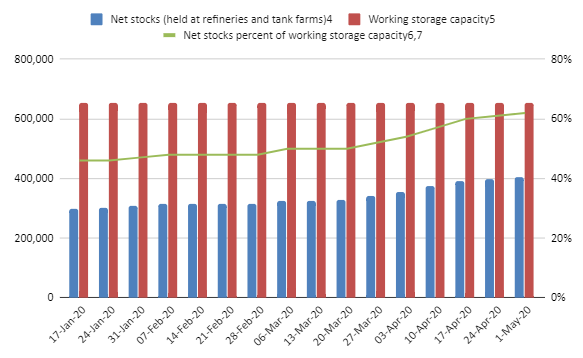 The ratio of net stocks (held at refineries and tank farms) and working storage capacities for the U.S total stands at 62%, steadily moving 1% higher week over week, even though domestic production declined and the Energy Department continued to buy oil for the Strategic Petroleum Reserve.

Crude stocks at the Cushing, Oklahoma storage hub, the delivery point of the NYMEX crude contract, was reported to be 83% full over the last week, up 2% from the previous week, implying a slowdown in the weekly increase . The storage capacity for the East Coast rose by 4% on the week to 52% during the week ended on May 1.

The ratio of net stocks and working storage capacities at Rocky Mountain and West Coast showed respective gains of 1% and 4% from the previous week while Midwest and Gulf Coast remained unchanged. 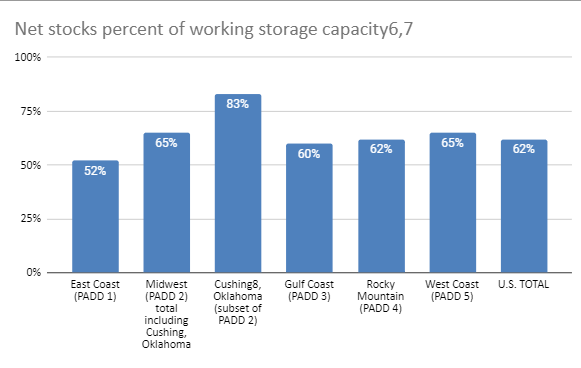