by ChemOrbis Editorial Team - content@chemorbis.com
On December 24, the US oil prices fell to their lowest level since June 21, 2017, amid growing concerns that a slowing global economy could weigh on oil demand.

According to data from ChemOrbis Price Wizard, the US oil prices fell by more than 42% since reaching a four-year peak in October. Although the recent decline was attributed to plunging stock prices on Wall Street, the overall market sentiment has been already subdued due to expectations for slower economic growth and worries about a growing supply glut. 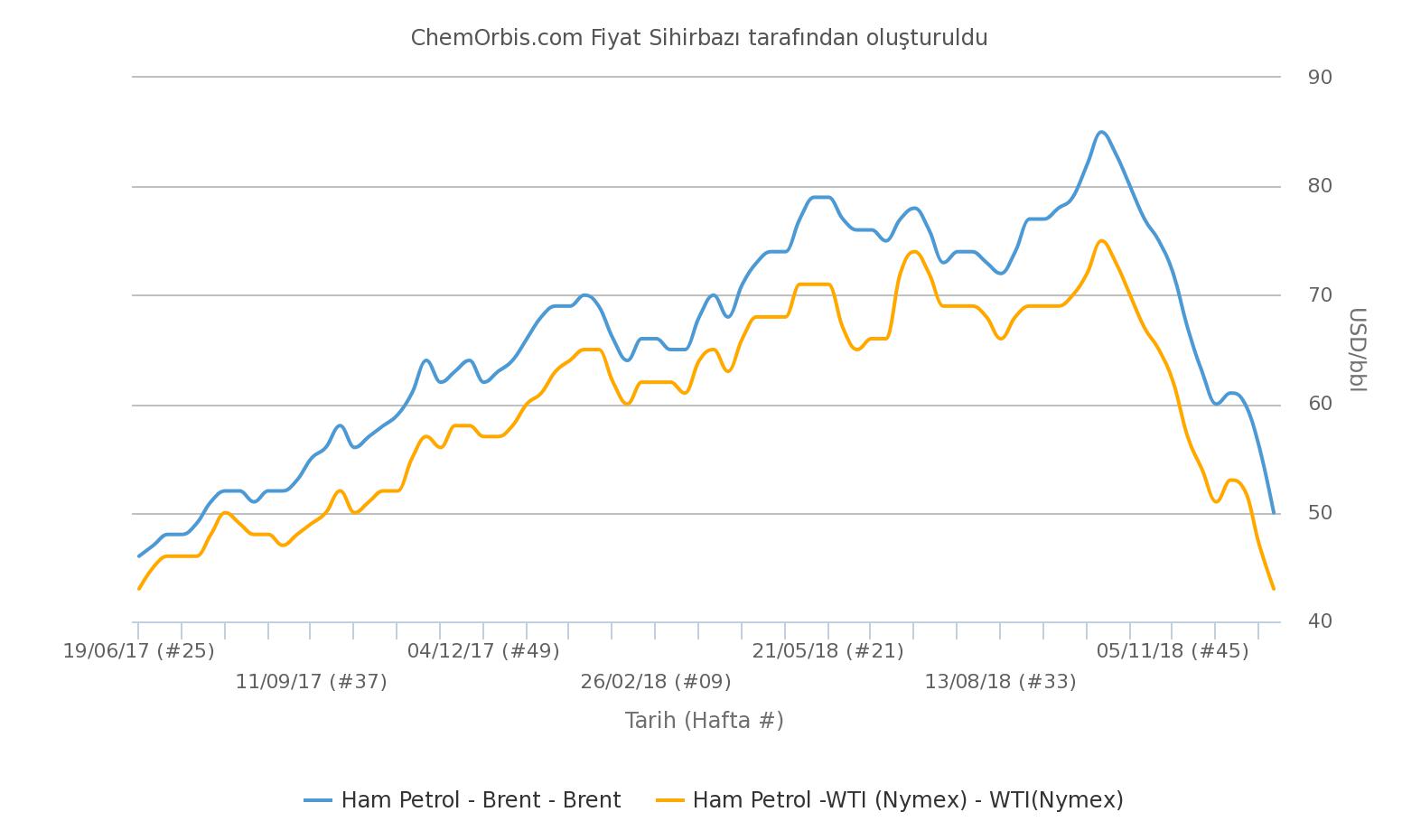 ICE February Brent crude was also down by $3.35 to settle at $50.47/barrel on Monday, suggesting a weekly decline of more than 6%. As shown on the graph above, the global benchmark has lost around 41% from its October high.