by Başak Ceylan - bceylan@chemorbis.com
In Vietnam, import PP and PE markets have seen fresh increases so far this week. The upward movement has followed a gradual recovery in demand, as well as a strong rise in feedstock costs. Supply for certain grades has also tightened while views regarding the extent of the rebound varied among players.

Vietnamese markets have been on a cautious but steady uptrend since late April. This was partly attributed to easing COVID-19 restrictions. With no fatalities as a result of the COVID-19 to date, Vietnam became the first Southeast Asian country to start easing restrictions from late April.

This in turn was reflected in spot ethylene prices on CFR China basis. Accordingly, Asian ethylene markets have gained $320/ton, or 90%, within the last four weeks.

In addition to higher feedstock costs, signs of partial demand recovery also resulted in price increases from import suppliers. By mid-May, sellers started approaching the Vietnamese markets with higher offers than those for other Southeast Asian markets.

Markets gain 7-8% on average since April

As the graph below shows, the weekly averages of import HDPE, LDPE, and LLDPE film prices on CIF Vietnam basis have increased by an average of more than 7% since late April. Meanwhile, PPH offers have gained by around 8% on average since the uptrend kicked off in mid-April. 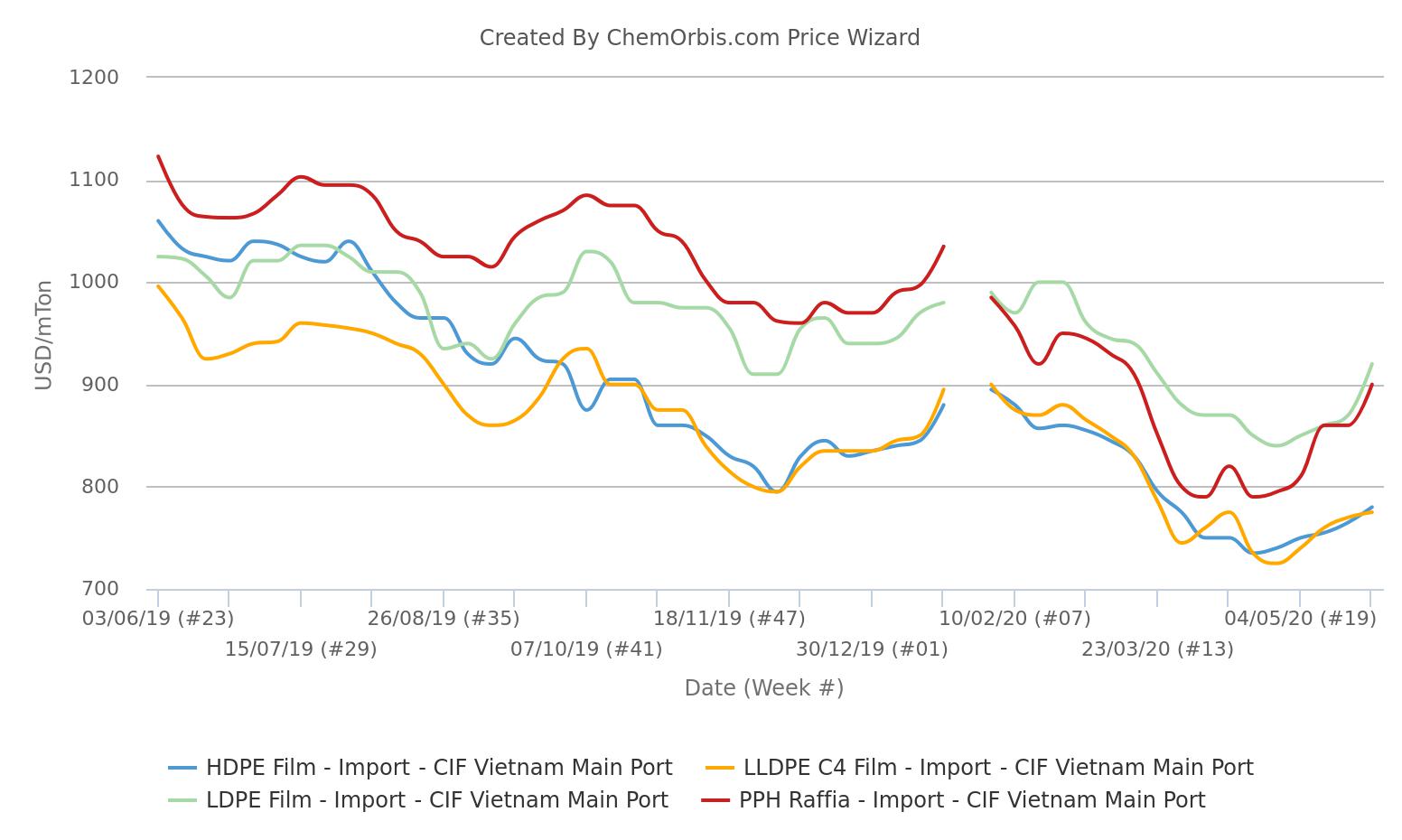 A trader offered Saudi PPH with an increase of $20/ton over last week at $870/ton, adding that their PE offers were also $40-50/ton higher month-on-month. “There isn’t too much material at this moment, particularly for PP. While demand is not bad, we hope to see better interest over the near-term,” he said.

PPH offers of Asian origins saw larger increases on a weekly basis, as high as $50/ton for certain grades.

However, most players reported that purchasing was kept at minimum levels as the air of uncertainty lingered over the markets.

“We cannot foresee where this trend will take prices, but we do not expect to see sharp drops,” a player said, highlighting that more countries are preparing to ease restrictions.