by Merve Sezgün - msezgun@chemorbis.com
Import and local homo-PP prices in Vietnam have witnessed a fresh round of sizeable declines, with their weekly averages hitting the lowest levels since January-February 2009, according to data from ChemOrbis Price Index. The market has been dragged down by abysmal demand amid the coronavirus outbreak combined with historically low crude oil and naphtha prices.

Vietnam has had 218 coronavirus cases so far, while the country has ordered a national lockdown and put in place a two-week ban on all but essential activities as of April 1.

ChemOrbis data reveal that the weekly average of homo-PP prices on CIF Vietnam basis has slumped 23% since the first coronavirus case was confirmed in the country on January 22.

The local market, meanwhile, has posted a total drop of 15% over the same period. 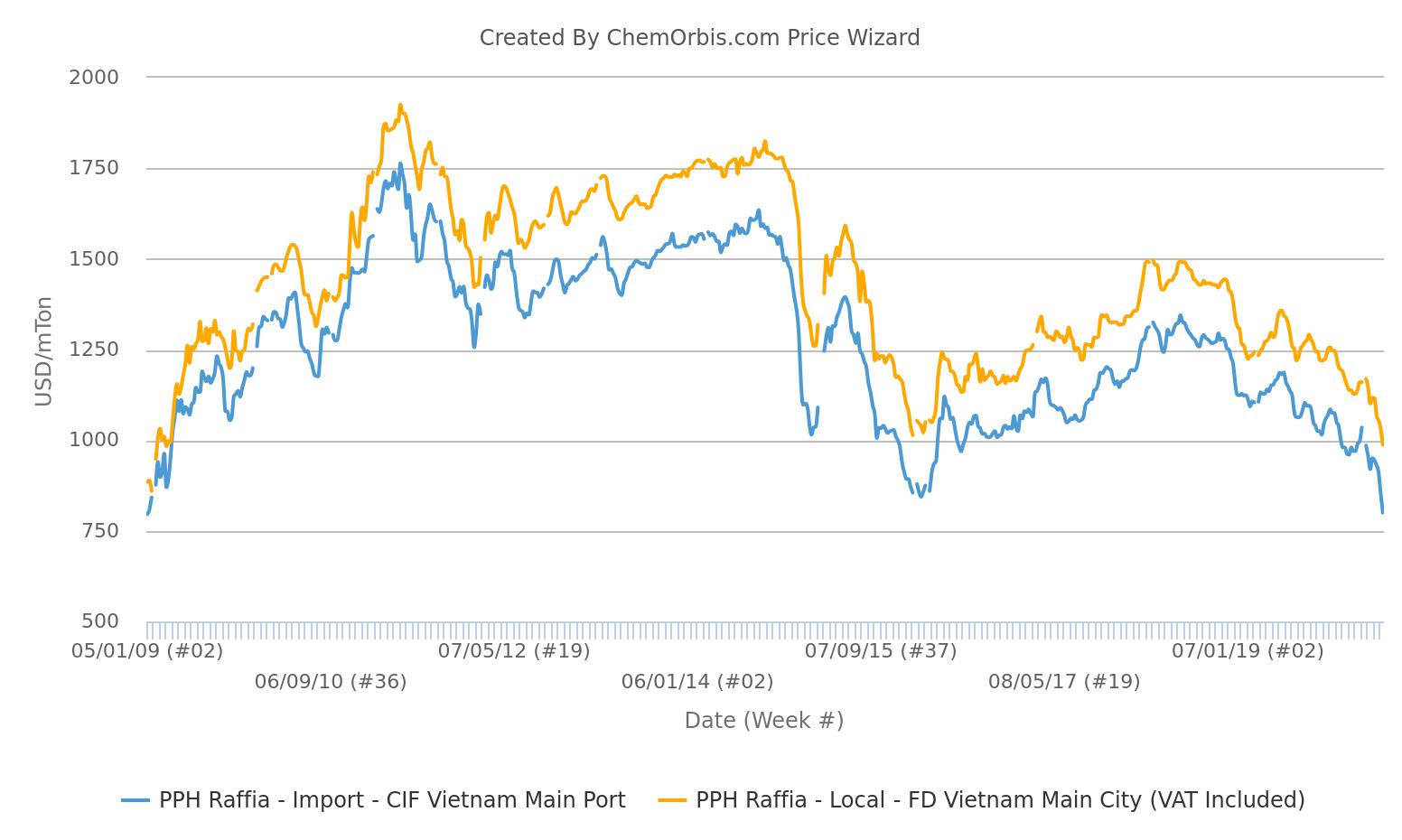 In Vietnam, homo-PP offers for Southeast Asian origins have been traded almost at par with Middle Eastern cargoes since last week. This is due to the fact that some regional producers are following an aggressive policy in order to entice sales.

A few players in Vietnam reported that offers for this origin have broken below the $800/ton CIF threshold this week.

“Prices continue to decline notably as demand remains subdued. Buyers are not interested in replenishing their inventories at the moment as they expect to see further price cuts,” noted a trader who offered Saudi homo-PP raffia at $750/ton CIF Vietnam, cash.

“Lately there’s been an influx of Chinese cargoes because local supplies in China are still ample amid a slow recovery of demand,” a trader based in Vietnam commented.

Offers for Chinese homo-PP raffia are currently quoted at $800/ton CIF Vietnam, down around $20-50/ton from last week.

Vietnam’s Hyosung Chemical launched its new PP unit in February, which has led to an increase in domestic supplies. The unit located in Ba Ria-Vun Tau province has a production capacity of 300,000 tons/year.

“PP prices are likely to remain under pressure from a combination of lackluster demand, ample supplies and weaker upstream costs amid the COVID-19 outbreak,” commented a few players.