by Merve Sezgün - msezgun@chemorbis.com
Local PP, HDPE and LDPE prices in Vietnam have resumed their firming path after a two-week break. Players pointed to firmer import offers as the main driver pushing the local market higher. LLDPE prices, on the other hand, have failed to catch up with the other products given ample overseas supplies. 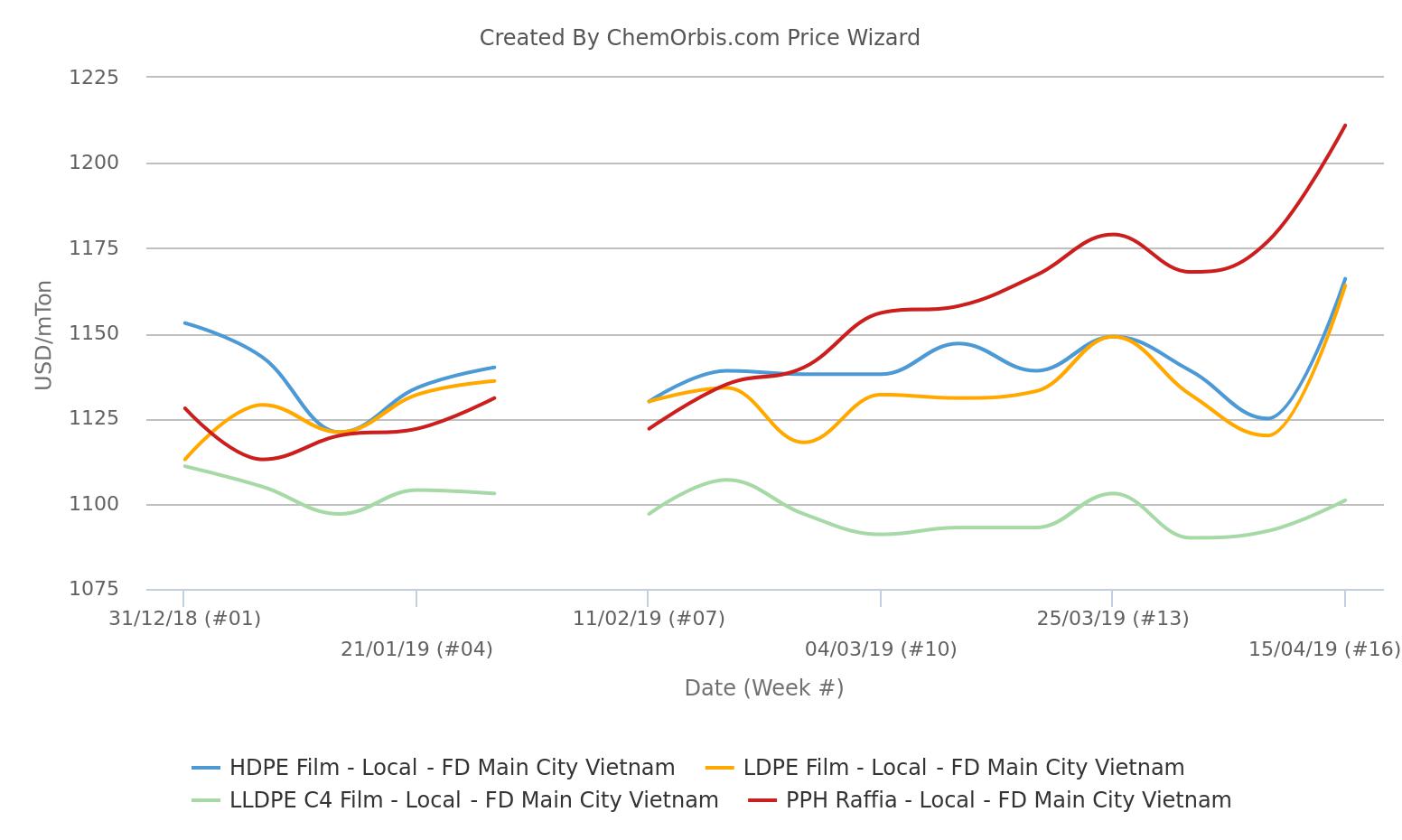 According to data from ChemOrbis Price Index, the weekly average of homo-PP raffia prices on FD Vietnam basis has reached almost a five-month high following the recent increases. Data also reveal that prices have recorded a cumulative gain of around $80-85/ton since the beginning of this year.

A trader opined, “Import PP prices are up by $10-20/ton from last week while the number of offers has decreased notably. Higher import offers have helped the local market gain ground despite the fact that demand is not supportive. PP might maintain its firm note over the short term due to low supply levels.”

Both LDPE and HDPE film prices in the country’s local market have also been pushed up by similar factors recently. However, several players agreed on the fact that the PP sentiment is relatively stronger than PE.

As ChemOrbis Price Index data suggest, Vietnam’s local LDPE and HDPE film markets hit multi-year lows in the December-January period. Prices are yet to show a strong rebound since then owing to a fragile sentiment.

“LDPE supplies are low across the region. Meanwhile, HDPE prices from the Mid-East remain firm. Local prices have firmed up on the back of these factors. Still, we are not feeling sure about the sustainability of the firming trend considering unsupportive demand from Vietnamese buyers,” a seller commented.

Unlike the other polyolefin products, LLDPE film prices have failed to catch up with the recent firming and tracked a largely stable trend this week.

According to a few traders, LLDPE availability is more than comfortable due to competitively-priced materials that are currently on the way. “Ample supplies from overseas markets keep the market under pressure,” a seller said.