by Esra Ersöz - eersoz@chemorbis.com
Having hit the bottom in late March and rebounded in the first half of April, China’s PE markets saw the firming trend lose momentum in the following weeks owing to the ongoing cautiousness. However, PE prices have firmed back up again in the recent two weeks.

Is the recent firming solely driven by the visible gains in the feedstock chain?

Does it have more legs to stand on? How do supply-demand fundamentals respond?

Will the rebound be extended longer this time? 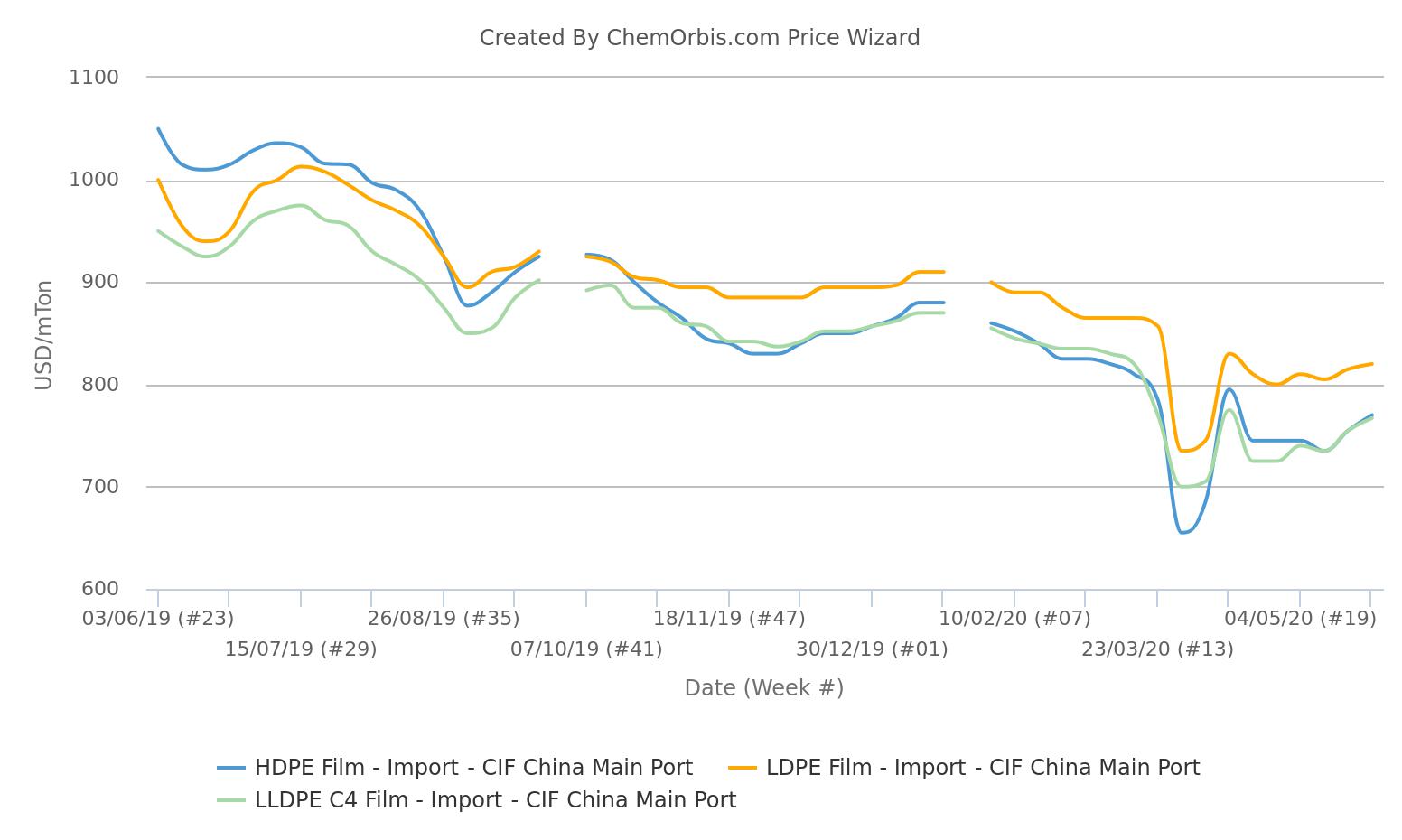 Now that the upstream chain has been notably increasing since the beginning of May, this has found a reflection on PE markets in China in the recent two weeks, albeit to a limited extent. 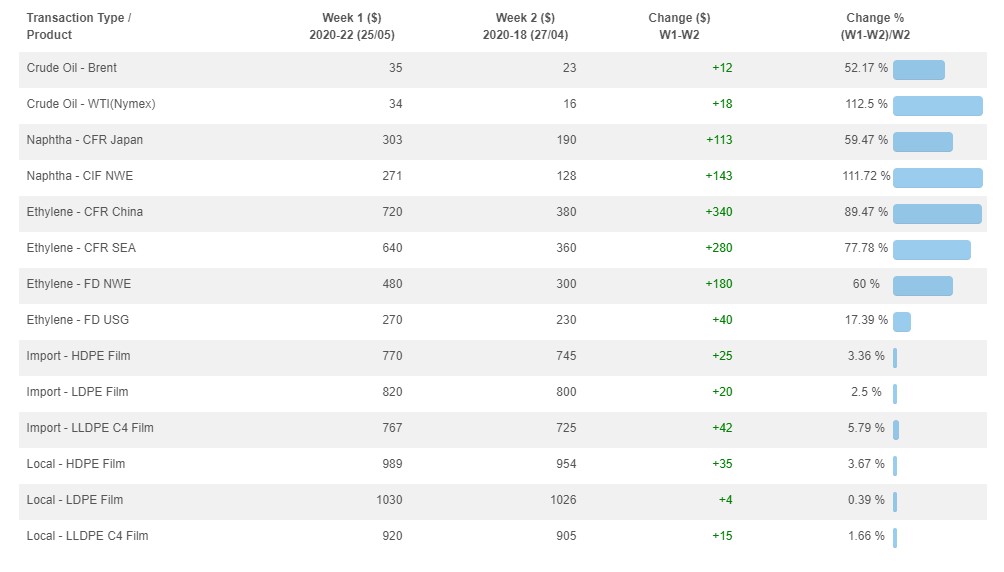 *Right click the image and open in a new tab to view the full-sized snapshot.

Is it the upstream chain pulling PE higher?

As can be seen from the Market Snapshot chart above, the large increases in feedstock costs have only had a minor impact so far on PE prices.

Supply-demand still in the driver’s seat

The sentiment has improved recently on the back of reduced inventories at two major local producers.

China is also going through a heavy maintenance season and import supplies from the Middle East have also diminished recently.

Demand has also been improving since the end of the COVID-19 related lockdowns and restrictions, particularly in the construction and automotive industries. Accordingly, buying interest from pipe and injection makers as well as food packaging and medical equipment manufacturers has recovered. As a reflection of the improving sentiment, Dalian futures have also edged higher in the first four days of this week. 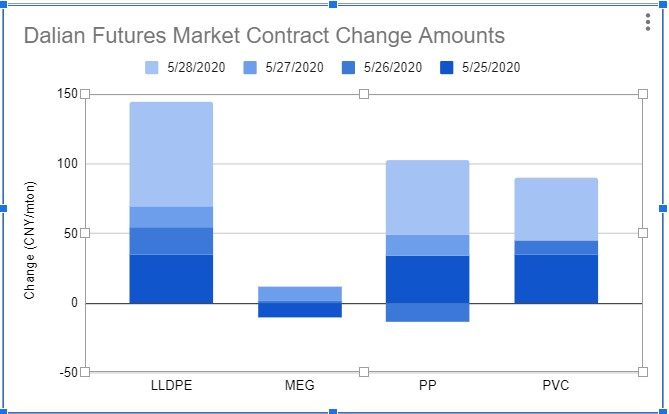 Can it still be a bumpy ride ahead?

Players are now questioning the sustainability of this recent firming. Considering that supply is reduced and demand is gradually returning, some expect this upturn to last longer than the one in April. “The Chinese market seems to be able to absorb increases as long as they are not in hefty amounts,” argued a ChemOrbis analyst.

However, there are surely factors to watch about whether the road ahead will be bumpy or not. The performance of global economies is the major concern for many. Not all sectors are showing an improvement and they still need time to resume normal operations.

The reaction of the upstream markets is also lending support to the strong sentiment for PE prices. If the firming trend in feedstock costs falters in the near term, this may also find a reflection on the PE sentiment across Asia.