Will Asian spot ethylene markets pull back from 10-year lows?

by Başak Ceylan - bceylan@chemorbis.com
Data from ChemOrbis Price Wizard showed that spot ethylene prices on CFR China basis plunged by $70/ton last week, hitting their lowest levels in more than 10 years. This represented a cumulative drop of 20%, or more than $200/ton on average, since the start of the downtrend in late August this year. 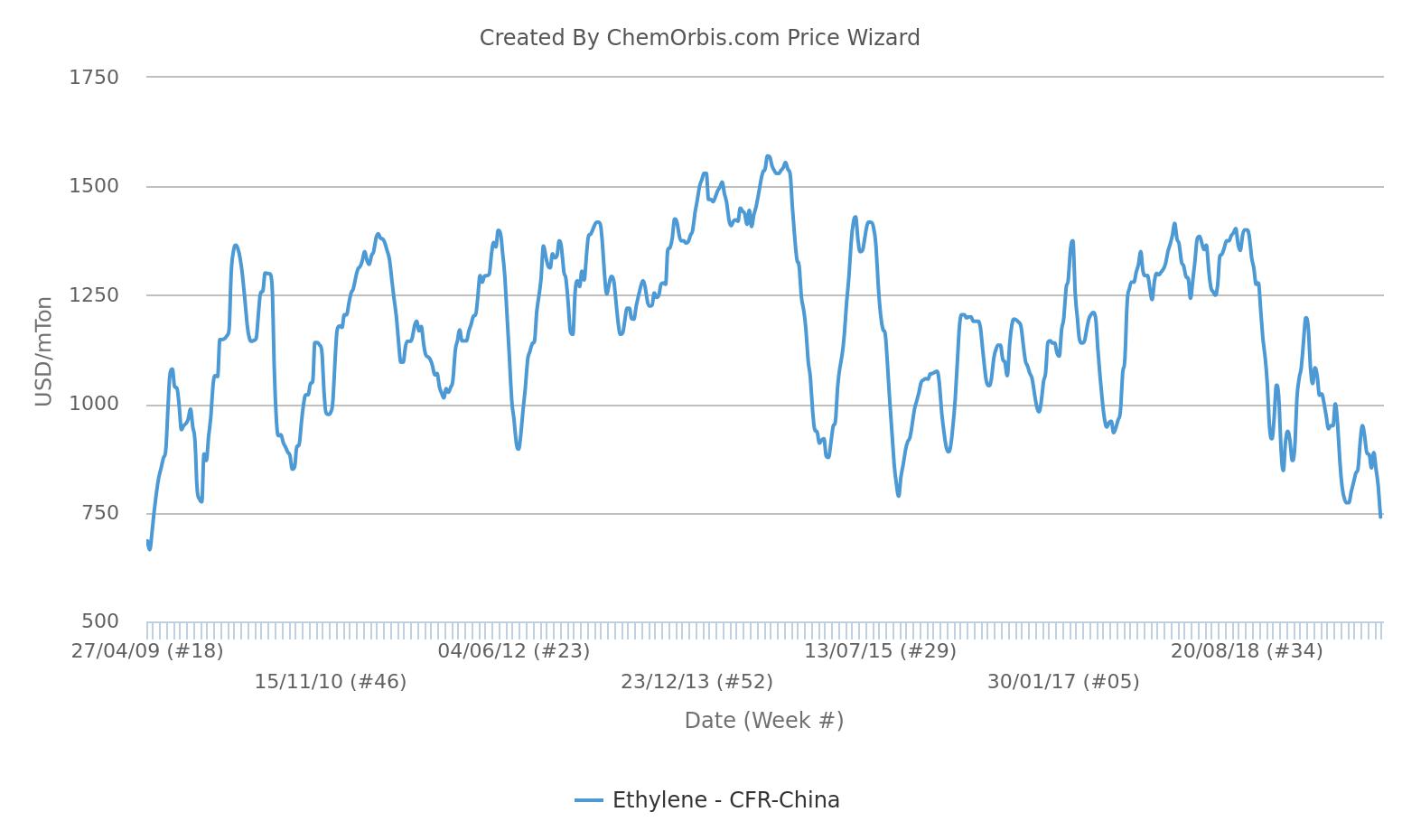 Spot demand failed to gain strength following the end of the week-long Golden Week holiday in China. Although the market was inactive during the holidays, the sentiment was reported as bearish amid cracker restarts.

Indonesian Chandra Asri has recently restarted its naphtha-fed steam cracker after completing debottlenecking works that started in August. After the revamp, the cracker’s ethylene production capacity has increased to 900,000 tons/year from 860,000 tons/year.

Some market participants began discussing whether the signs of an improvement in derivative margins following the recent drop may lay the groundwork for a reversal in trend.

Considering the rising downstream profitability, demand in the spot ethylene market showed an uptick by the start of this week while not everyone was convinced that prices would bounce back from the current low levels. Doubts were still evident on some players’ minds amid the increase in inventories in the region.

Ethylene-naphtha spread at narrowest since 2012

Meanwhile, a decade low ethylene pricing has narrowed the price spread with naphtha to its lowest levels since 2012. According to ChemOrbis Price Wizard, the spread is currently at around $230/ton, the lowest level since November 2012.

Naphtha under influence of fluctuating oil

Asian naphtha prices have remained heavily influenced by global oil prices, which have been highly volatile due to supply and demand concerns resulting from international trade uncertainty as well as the rising tensions in the Middle East. Although the oil futures settled back down in the weeks that followed the Saudi Aramco attack, a recent explosion at an Iranian oil tanker in the Red Sea and the US-China trade talks seem to have provided some support lately.