by Manolya Tufan - mtufan@chemorbis.com
Regional PE players discuss if prices will rise for the third straight month after prices reached their highest levels since around March in July. Widespread expectations suggested that the PE uptrend will lose steam amid summer lull, while producers voiced their intention to apply increases even before the ethylene settlement that came with a slight increase of €21/ton.

Some suppliers have made it clear that they will approach the market with renewed hike attempts. According to some, demand might not be as calm as before in August as converters will not stop their lines in order to compensate for lockdown losses.

Sellers reported a slight increase in buying interest as some buyers engaged in purchases to cover their needs for the first week of August. A converter said, “We have noticed better demand as consumers are ordering what they postponed during the lockdown period.”

A reseller also remarked, “Since holidays are already over in some parts of the region, we expect an improvement in August. Producers will remain firm on their offers to preserve their margins. Plus, supplies may be reduced amid maintenance shutdowns and the lack of import cargos.”

Meanwhile, PE prices have recently reached their pre-virus levels on a weekly average after two straight months of hikes, according to ChemOrbis Price Index. This may lead to a resistance on the buyers’ side, bearing summer lull in mind. 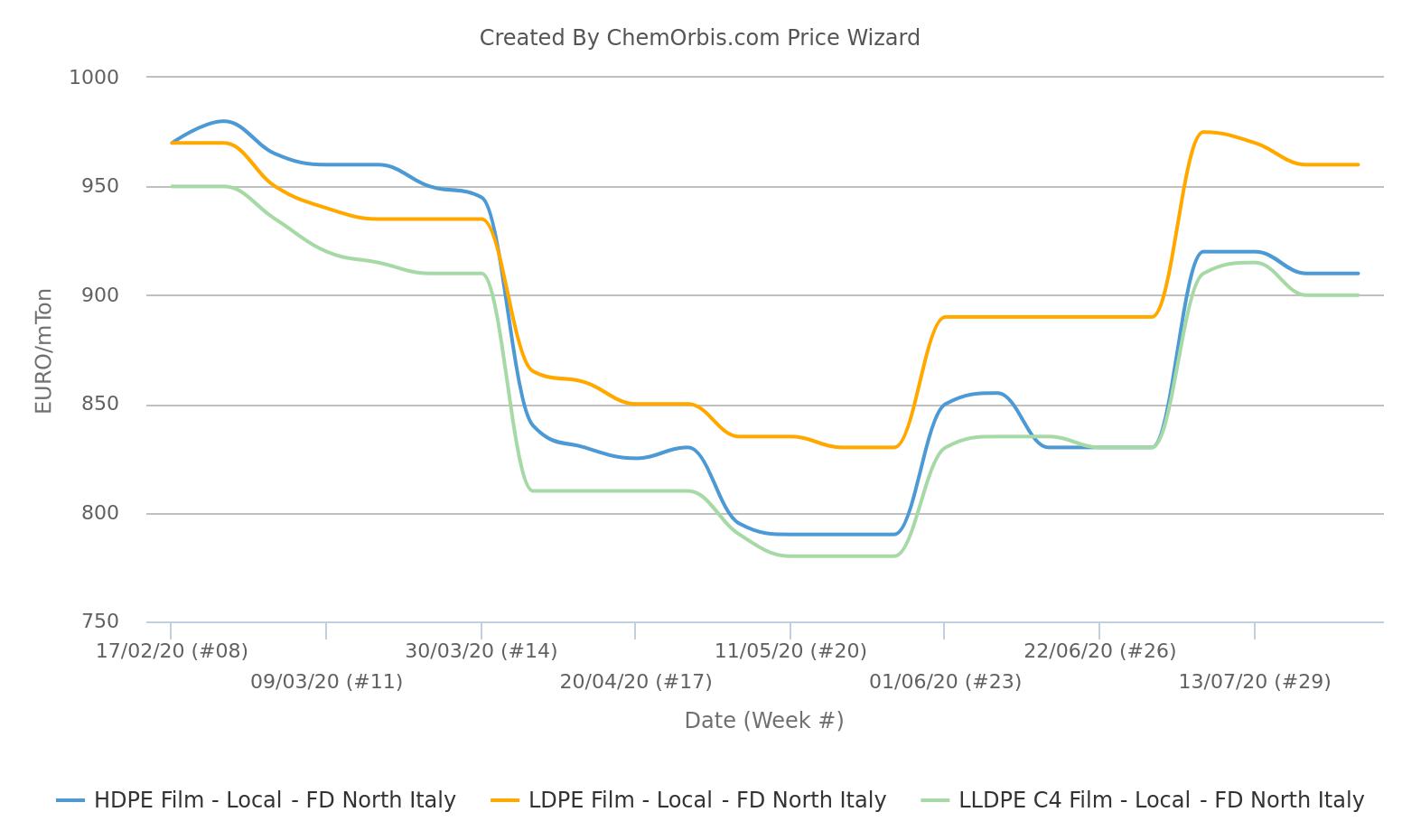 A packager said, “Our demand is 30% lower compared to the same period of last year but it has barely changed month over month. Supplies are comfortable, while activities are poised to slow down further. We have already received some offers at a rollover for PE cargoes with delivery in early August.”

A reseller opined, “Producers will probably apply small increases, while we are not sure if distributors will be able to obtain hikes due to the stagnant demand. They are more likely to reflect them on their September offers.”

Workability of possible increases is under discussion considering that the demand outlook is blurry as restrictions return amid accelerating new COVID-19 cases in Europe. Moreover, converters will mostly leave their desks for summer holidays when exceptions on a sectoral basis are disregarded.

Plus, no pre-buying was seen ahead of the possible hikes for August. That is to say, converters might have decided to run down their stocks on hand.