Will PP price declines in Asia ease on year-high crude?

by ChemOrbis Editorial Team - content@chemorbis.com
PP markets in China and Southeast Asia saw price reductions in recent weeks due to a number of factors including weak seasonal demand and sufficient availability. The bearish trend is in place in spite of the rallying crude oil markets which recently hit the $50/barrel threshold both in the US and European exchanges. Some players are questioning whether rising energy costs could ease price cuts for downstream PP prices. 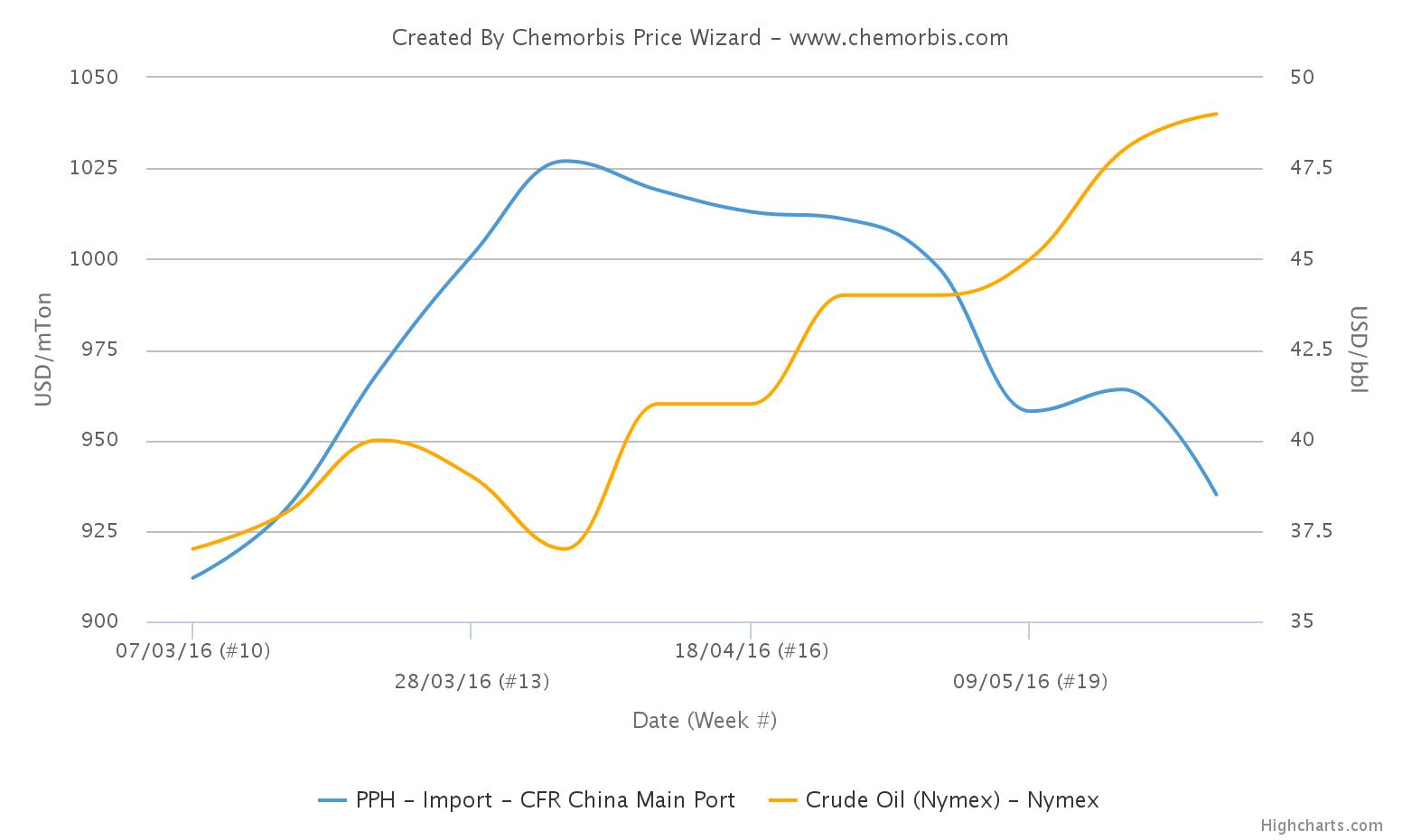 In China, import homo PP prices hit the $900/ton CFR threshold this week for Middle Eastern and Indian cargos on the low end given poor buying appetite for deep sea cargos. The overall import PP range shows up to $50/ton decreases week over week. Activity generally remains stagnant given the low season for several applications, players opine, while sellers continue to evaluate the option of directing their materials to Southeast Asia, although export activity to the region is not considered as active as it was in the previous weeks.

The main factor overshadowing rising energy costs is considered to be weak buying activity in the country. The recent economic news about China is not that promising. Moody’s expects China’s construction sector to remain stagnant due to slowing revenue growth this year. The construction sector will record a single digit increase in revenue similar to the 2% increase in 2015.

A trader in China argued, “Demand is weak as buyers are not sourcing any material beyond their needs these days. The May-June period is traditionally low season for polyolefins while expectations call for a pick-up in July.” The seller is trying to negotiate in order to export some PP to Southeast Asia, while he does not expect crude oil prices to rise much above $50/bbl. According to some players, there is plentiful Indian PP given increased capacity at a producer. This may weigh down on prices over the short term amidst already scarce deals in the market.

In Southeast Asia, some converters voiced their expectations of hearing decrease announcements for June shipment PP cargos. A buyer even argued, “Prices may come back down to January levels below $900/ton soon.”