Will increases in European PVC market come to an end?

by ChemOrbis Editorial Team - content@chemorbis.com
PVC prices in Europe have been on an upward trend since the end of January, defying the weak sentiment in other global markets with the support of limited supplies. For this reason, sellers were able to pass increases above the monthly ethylene contracts over the past two months. However, some players believe that this has come to an end, counting on a slight ease in the PVC supplies and the fact that the May ethylene contracts were fully settled with a rollover at 1050€/ton FD NWE.

A West European producer reported closing their April deals with €20-30/ton increases from March despite the stable outcome of the April ethylene contracts. A producer source commented, “Demand has been very good this month. There was even more demand than the supply we had to provide. As for the May outlook, we expect a stable trend as we think that April is the last month of increases above the monthly monomer contracts.”

A pipe producer from the Netherlands made similar comments, highlighting, “We do not expect to seefurther increases considering the downward pressure from the other global markets. Furthermore, supply is improving.”

Indeed, spot PVC k67 prices in Italy maintained its place at almost 21-month high, as can be seen in the graph below, created by ChemOrbis Price Wizard. 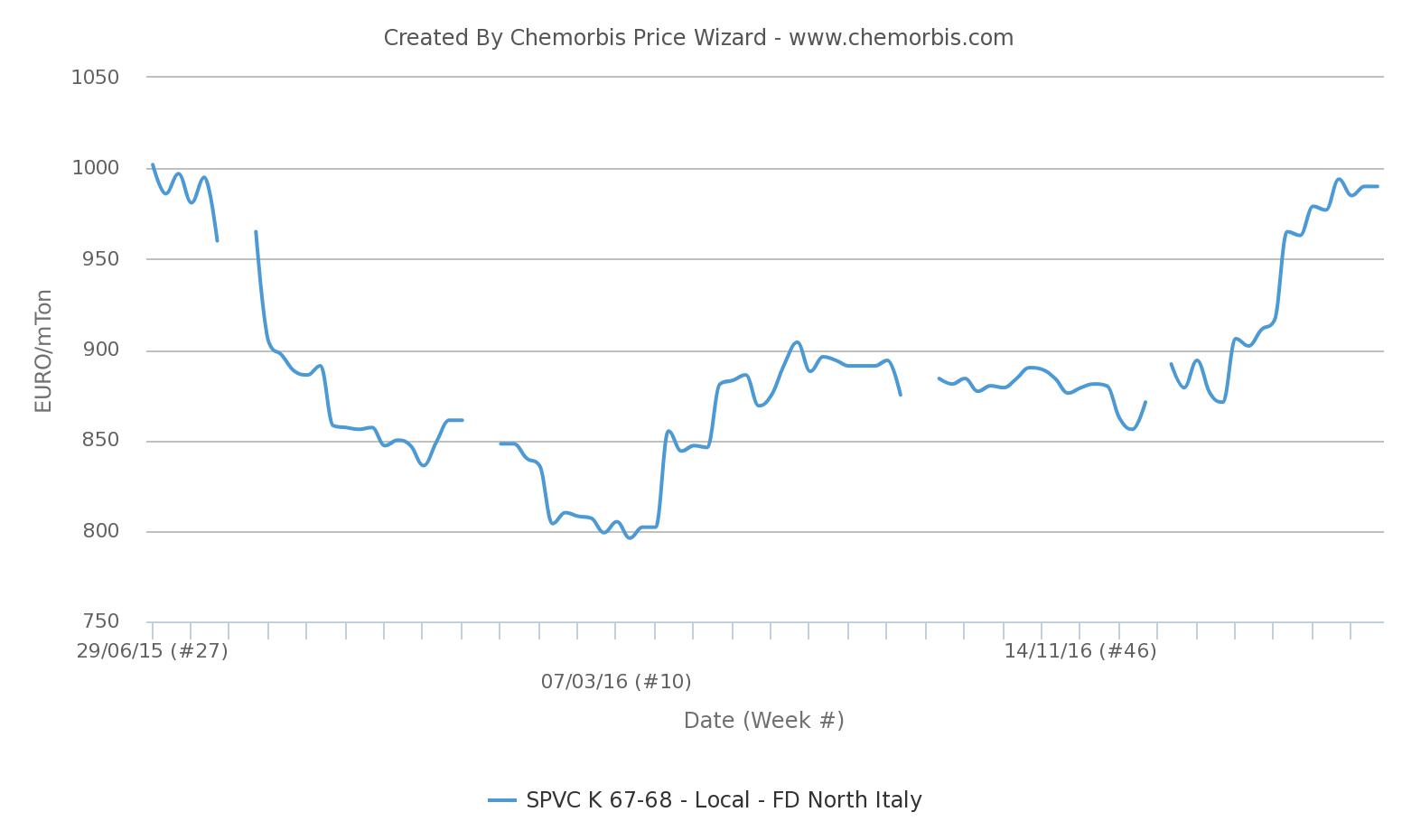 An Italian buyer lamented, “PVC prices are very high and we expect a stable trend for May as producers have already recovered their margins.”

A PVC converter from France sees no reason for PVC increases, citing improving supplies. He commented, “Supply is in balance with demand and we feel we are close to a turning point.”