Oleh Tim Editorial ChemOrbis - content@chemorbis.com
Spot naphtha prices have been steadily firming up in Asia and Europe for the past five weeks, mainly finding a boost from the upstream crude oil prices. According to ChemOrbis Price Wizard, average spot naphtha prices in both regions are currently at their highest levels seen since July 2015. Likewise, crude oil prices on average have hit almost a year and a half high recently.

In Asia, spot naphtha prices have posted a cumulative increase of $60/ton on average since mid November. The gains of Europe have also caught the size of the increase in Asia in the same timeframe. 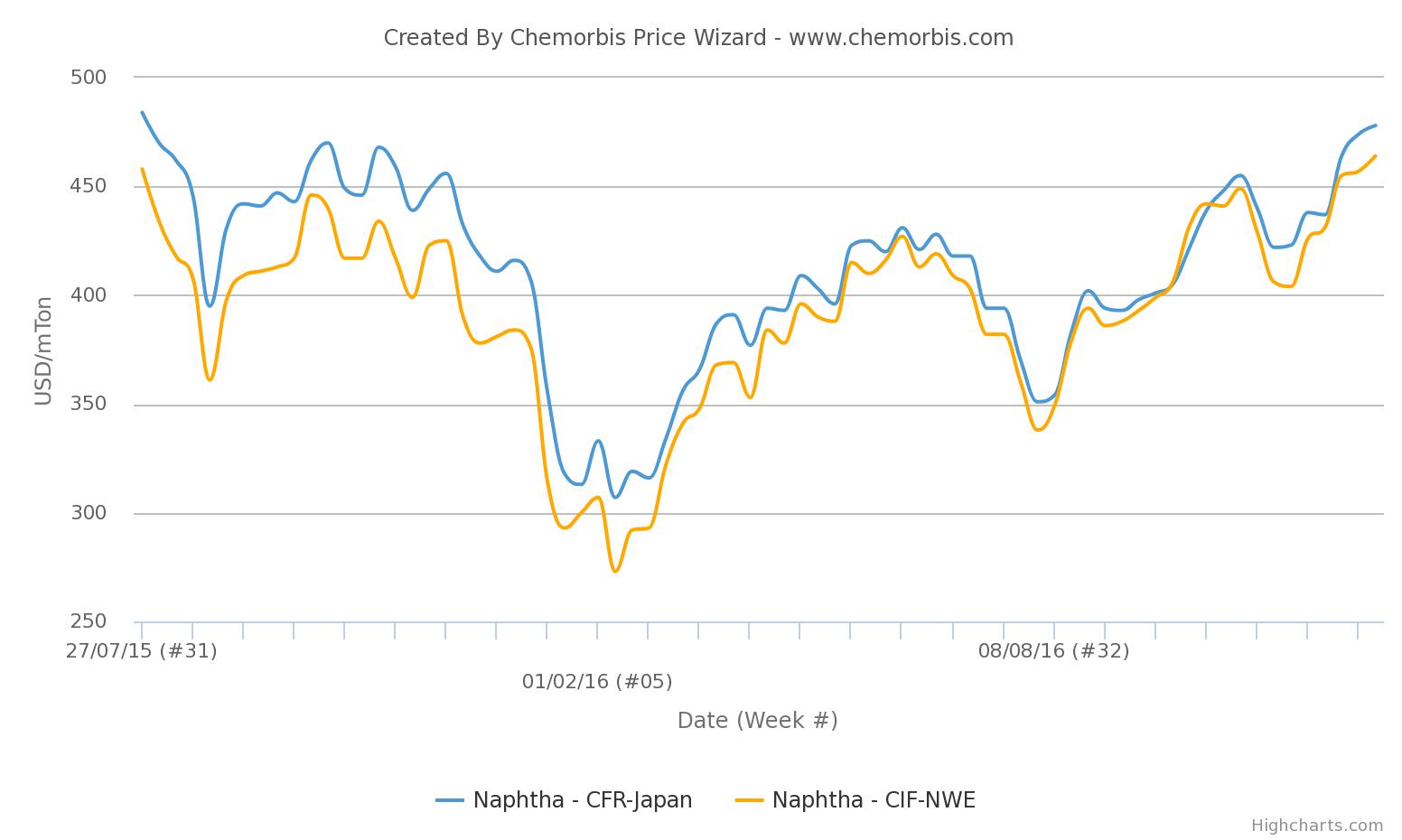 It is no surprise that these steady increases have coincided with the firming of the energy complex. The decision of OPEC to cut output for the first time since 2008 dragged crude oil prices higher in late November and early December, which was later followed by non-OPEC countries around December 10. This was the first time both parties agreed on curbing output since 2001.
Crude oil futures on NYMEX are recently reported above $52/bbl while Brent crude is being traded above $55/bbl. 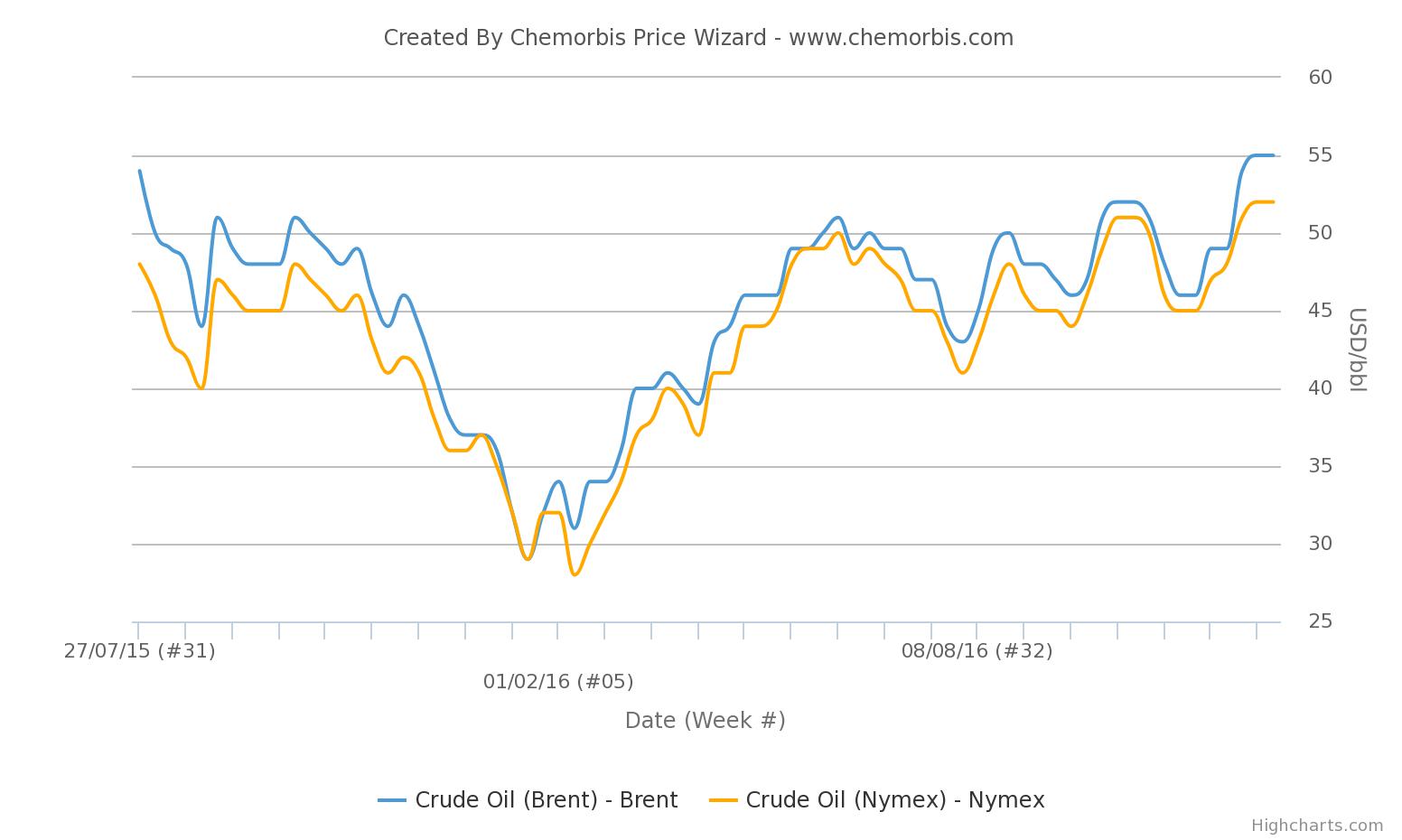