PP and PE import market Turkey has dropped below China

Oleh Tim Editorial ChemOrbis - content@chemorbis.com
PP and PE markets Turkey is in a state of decline in a month, which is in line with trends in China. However, the rate of decline is generally greater than China and Turkey has dropped below today’s China. The industry believes that weak demand in Turkey due to the political turmoil that happened. This happens despite the fact that Turkey still dealing specifically with China due to market share are relatively small and the difference in the balance of cargo under market conditions.

Based on ChemOrbis Price Index, the average import price of Turkey’s LDPE this week coincided with China if duties were not included in the calculation. Meanwhile, PP prices have fallen below China this week. A supplier of India said, "The offer we were at prices lower limit of the whole range of import prices in China this week. However, we see no bid lower than our price in China is available on the Turkish market of the Middle East. For that, we choose PP raffia offers to hold us to Turkey this week. "

As for import HDPE film and LLDPE film, the average prices in Turkey have been trading under China over the last month, according to ChemOrbis Price Index, when import duties are not included in the offer price in Turkey. The pressure of the material has been pressing the Uzbek competitive HDPE market conditions in Turkey is lower than China amid demand conditions that are not too satisfactory. 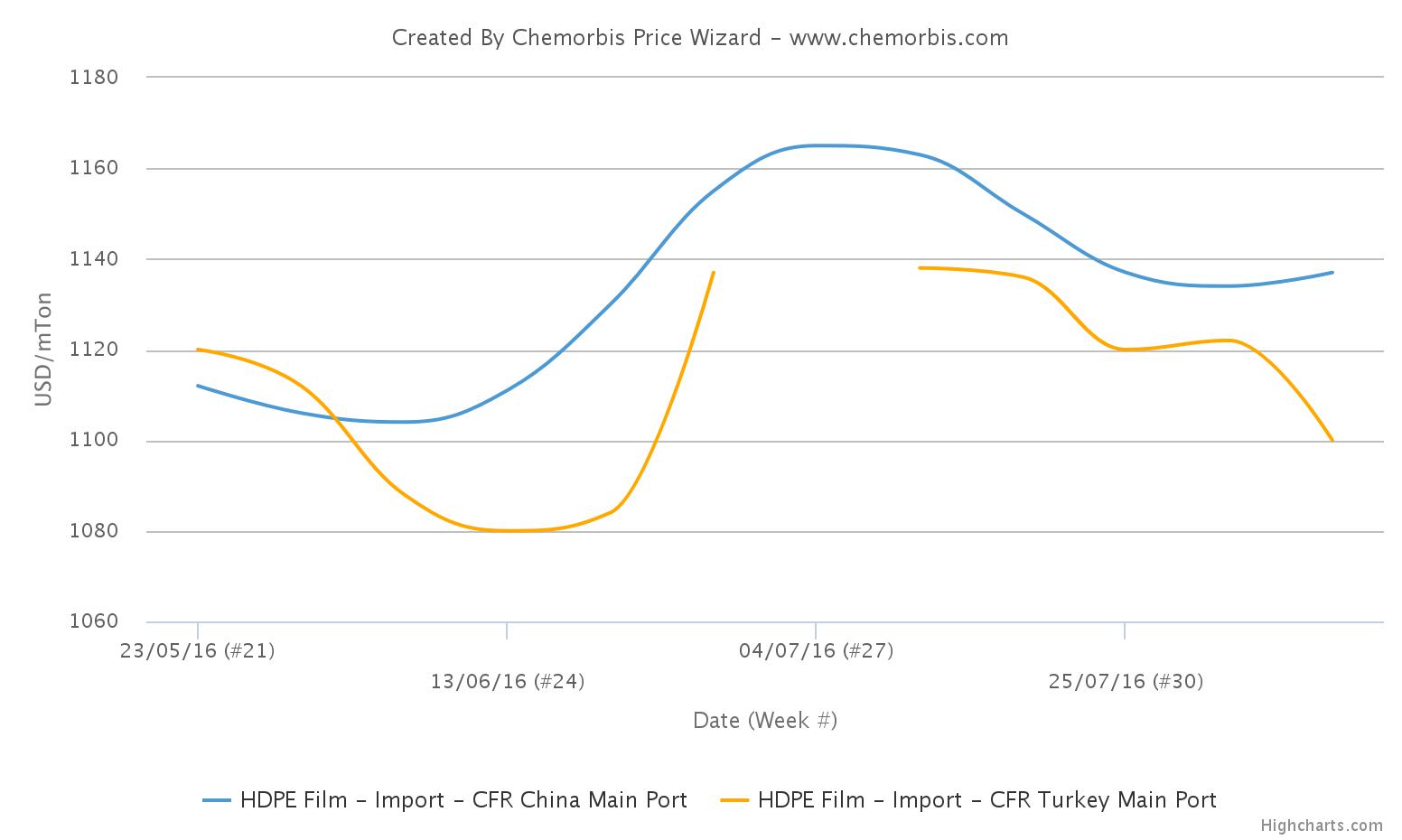 To pursue a balance between the two markets, China should go down or Turkey should rise. Taking into account the sluggishness of demand in Turkey, the rise is considered difficult to occur in the near future. Slowing economic conditions and volatile energy markets, emphasized by several industry players. In addition, the industry players are not convinced a further drop in China in the coming season, especially for PP, LDPE and LLDPE and supply are reduced.

The industry now wants to know what will happen next is in the interests demand or supply issues that will shape the market conditions in the short term.