Được viết bởi Nhóm Biên Tập ChemOrbis - content@chemorbis.com
After PET prices for January emerged with decreases across Europe, the downward trend has been confirmed this week, with an initial January PX contract being settled down by €40/ton from December. MEG contracts are yet to settle while players are anticipating decreases.

A South European producer started giving January PET offers with decreases of €20/ton from their December deals. A producer source reported, “Buyers started making price inquiries today, but they are taking a waiting stance in anticipation of further price cuts given lower feedstock costs. However, we are seeking to limit our discounts to €20-30/ton to preserve our margins.”

A distributor in Germany is offering West and South European PET down €20-30/ton for January. The seller confirmed the cautious stance on the buyers’ side, caused by expectations of further softening, but said that he is unsure about additional decreases.

In Italy, another distributor lowered his January PET prices by €20-30/ton from last month, commenting, “We expect to receive more price inquiries from buyers this week while some of them received their import shipments recently so they aren’t rushing to make new purchases.” A packaging producer received initial January PET offers with discounts between €15-30/ton for West European material and said that he doesn’t expect to see any notable changes for the remainder of the month. Spot PET prices in Italy are currently standing around €50/ton above multi year lows. 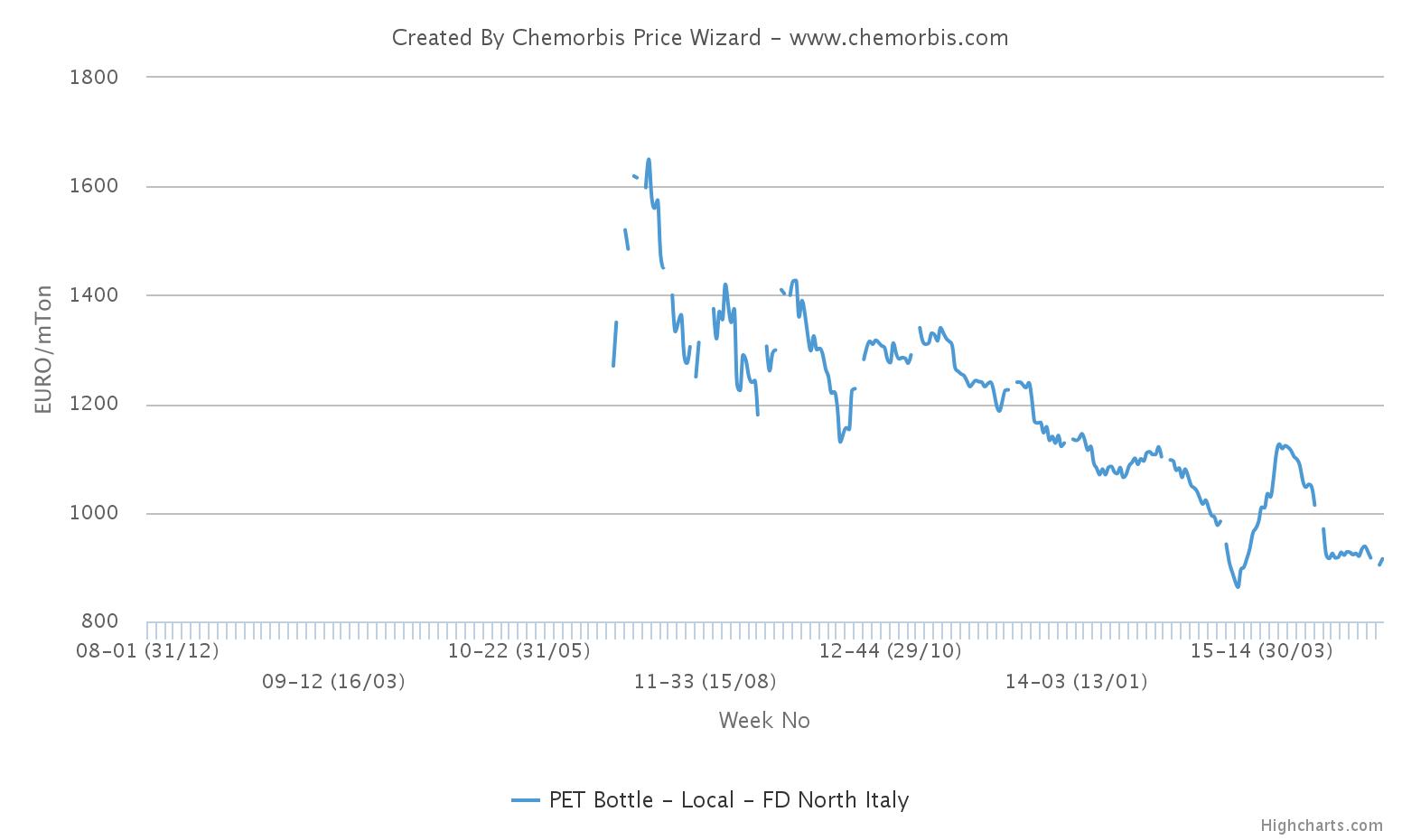