The main factor blamed for relatively muted HIPS demand was the shift in buying interest from converters to more competitively priced PP and ABS cargos. By the end of December of last year, the distribution market saw GPPS trading at par with HIPS, as HIPS lost its traditional premium for the first time since August 2010. HIPS prices then moved below GPPS by the middle of January of this year.

According to data from ChemOrbis Price Wizard, HIPS is currently trading at a discount compared to GPPS while the gap between the two products is around $35/ton on a weekly average. 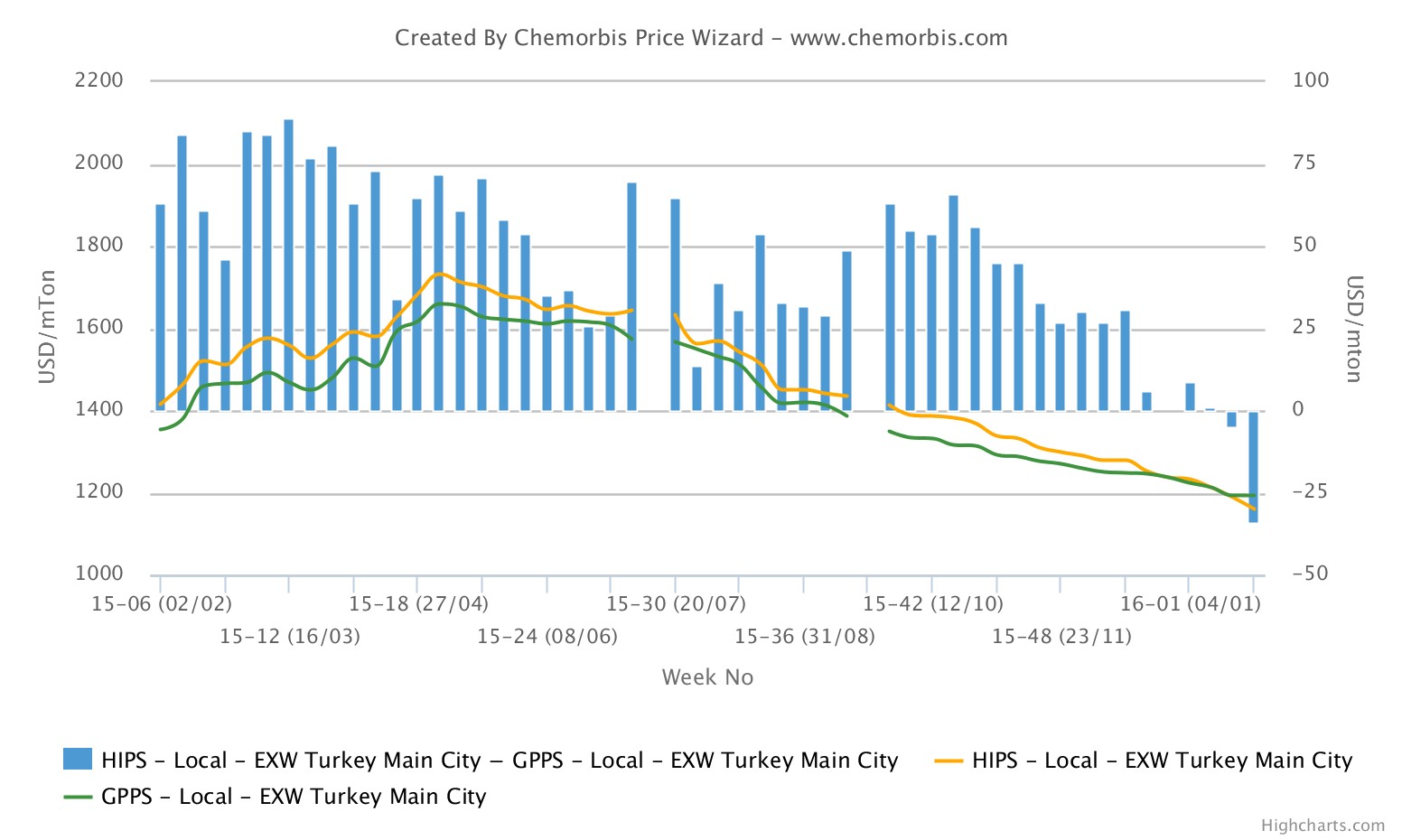 Nonetheless, players concur that traders have not brought any more material than they could sell over the past couple of months which has kept price cuts for polystyrene in check. “Demand has been quite depressed for the last several weeks. We struggled to make sales particularly for HIPS amidst very competitive prices we are hearing from our customers. Thus, we are reluctant to engage in fresh purchases for now,” a distributor said. Another distributor agreed, “We do not prefer to replace material with cargoes which will arrive at the end of February or March as demand is weak, particularly for HIPS.”

A trader reported selling some GPPS over the past week as inquiries picked up a bit compared to the previous weeks. “GPPS activity has been a bit better than for HIPS in general. If buyers need to meet their requirements, they turn to prompt materials rather than long distance cargos,” he reported.

"Traders are keeping their replenishment activities restricted as their previously sold cargos faced cancellations given the global bearish trend. With crude oil prices hovering around $30/barrel, prices should have fallen much more, but limited PS supplies partially counterbalanced this trend," players stated.

Local PS availability could tighten in the near term particularly if traders keep purchases limited given the lessons from 2008, according to a trader.