Được viết bởi Nhóm Biên Tập ChemOrbis - content@chemorbis.com
In Egypt’s local market, PP and PE prices have surged in the month of February due to a combination of a depreciating local currency, dwindling prompt supplies and improving demand. PE prices are up on average by $145-170/ton since the start of February while homo-PP prices are up by around $100-220/ton, with the largest spike being seen on injection grade.

A raffia converter commented, “Prices have seen an insane increase because of the rise on the USD exchange rate. Demand is performing well and supplies appear to be available.”

A PE film converter said, “Traders are taking advantage of the rising dollar parity rates to raise offers to unreasonable levels. Demand for our end products is moderate and we are trying to negotiate for maximum discounts before making fresh purchases.”

A trader noted, “The USD parity reached EGP9.00 in the black market, this combined with supply limitations, caused prices to increase rapidly.”

The local producer SIDPEC was reported to be delivering HDPE film and injection to the local market since mid-February. There were comments by some players that the producer has been delivering from their daily production and therefore, allocations are likely to be limited. This was confirmed by a source at the producer who added, “Demand for our cargoes is good, but our plant is not operating at full rates, it is at about 85% due to gas tightness. We will increase the capacity next week. We are delivering all grades, but blow moulding is slightly tight because the swing line is set to produce film grade this week. We expect demand to show further improvements in the coming weeks.” 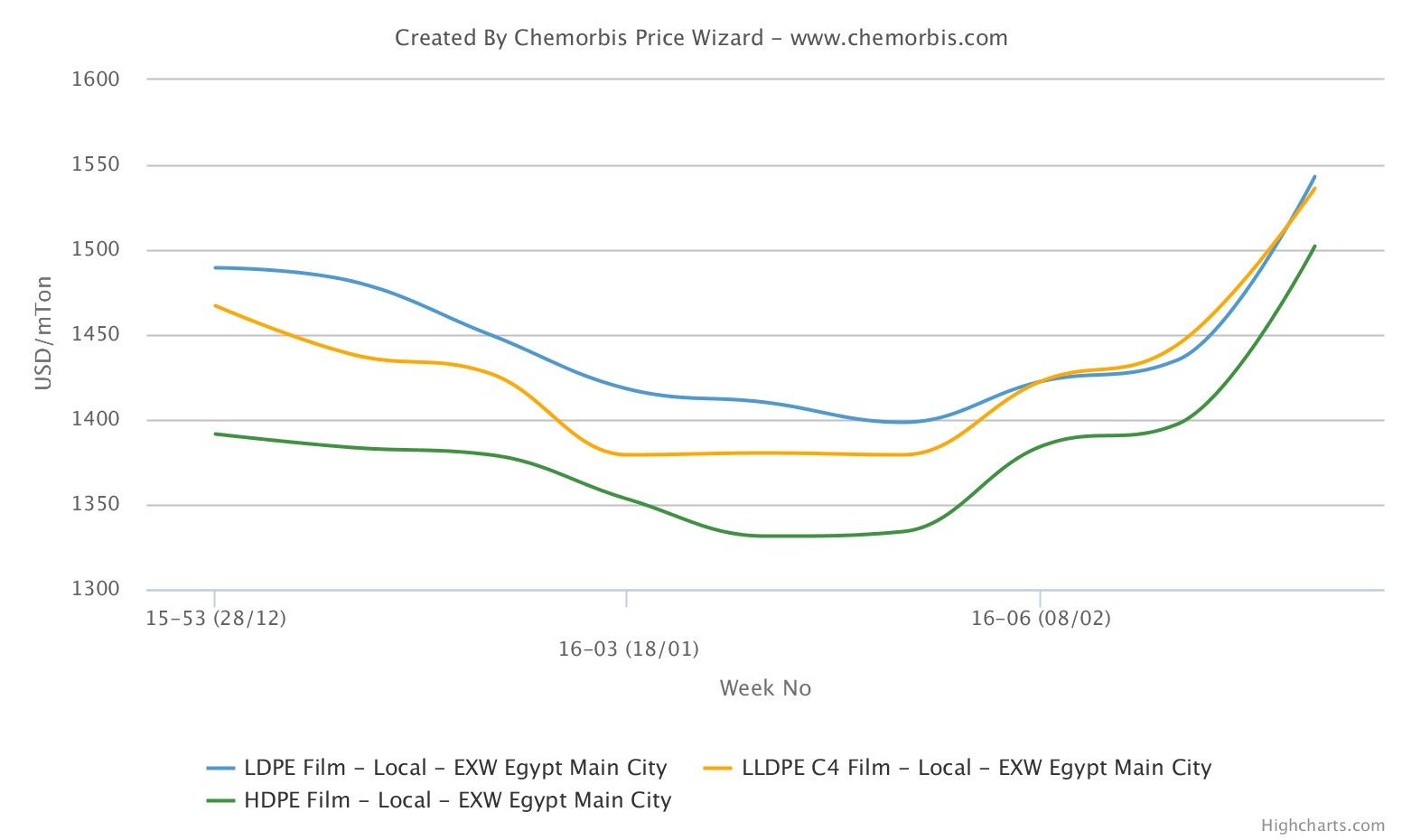 A trader noted that the PE market is not stable and that sellers are all following different pricing strategies depending on the cost of their cargoes. He is also expecting increases for March import offers. He added, “We expect increases of $20-30/ton for March which will also be reflected to the distribution market.”

In the PP market, a raffia converter reported, “Prices in the distribution market are rising due to the appreciating US dollar. OPC is currently delivering PP fibre grade to the market. As for EPPC, they are selling on USD basis. Local supplies are tightening and we expect prices to continue rising mainly because of the depreciating local currency.

A trader commented that the PP market is also not stable. He said demand is moving now while supplies are limited, especially for PP injection. There were mixed reports about demand, but a few raffia converters reported that demand for their end products is improving. 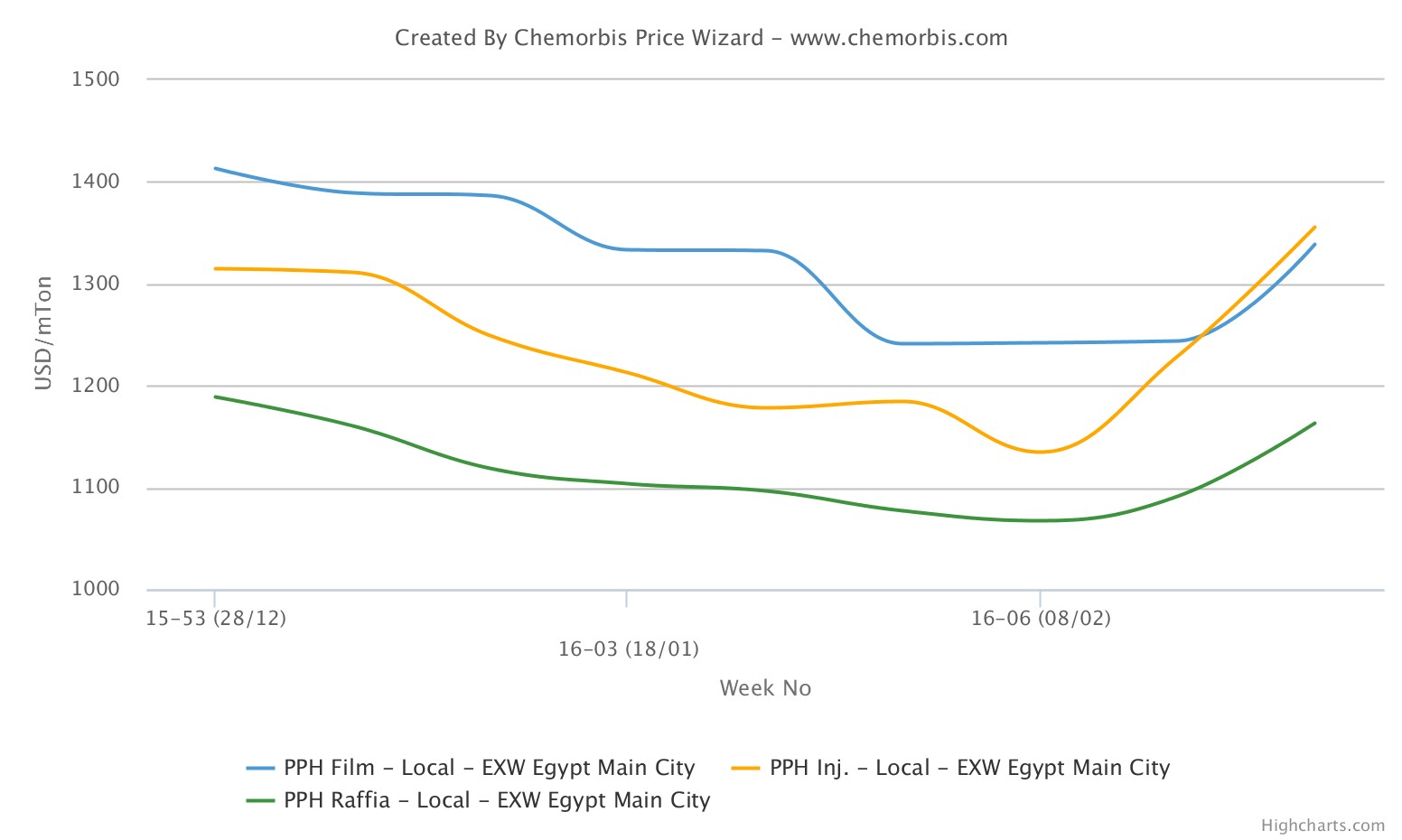 Overall, players attribute much of the increase to the currency exchange rate issues. Demand is said to be improving and PP seemed to be in a stronger position than PE in terms of end demand. However, demand is considered only a supporting factor and not the main reason for the large increases. In addition, tight supplies have contributed to the trend as well and serious relief is not foreseen for the near future since the same problems of a depreciating currency and financing difficulties continue to plague the market.